Takachiho is known for its beautiful valley.
It is also known as Kagura(Kagura is a performance dedicated to God). 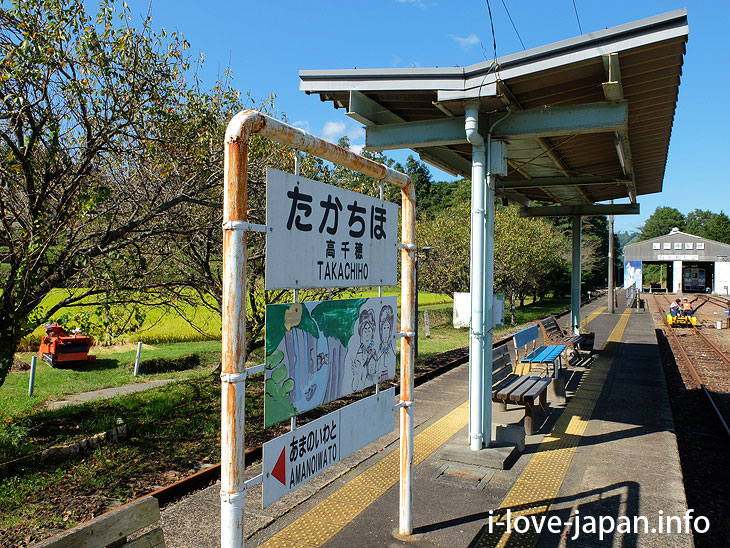 Departing from the former “Takachiho station”, will cross the “Takachiho bridge” known as the highest railway bridge in Japan in the active era, and come back.
It is about 30 minutes round trip. 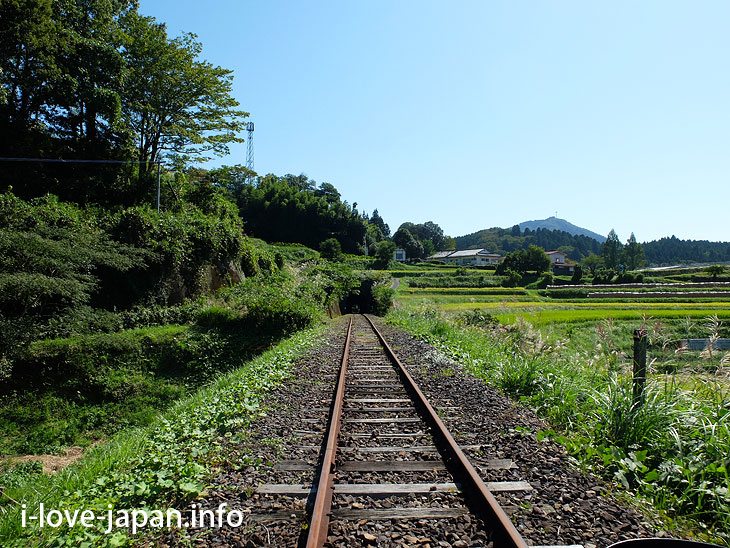 While watching rural scenery such as rice terrace, Super Cart runs.
The rice terraces of Takachiho are quite good. 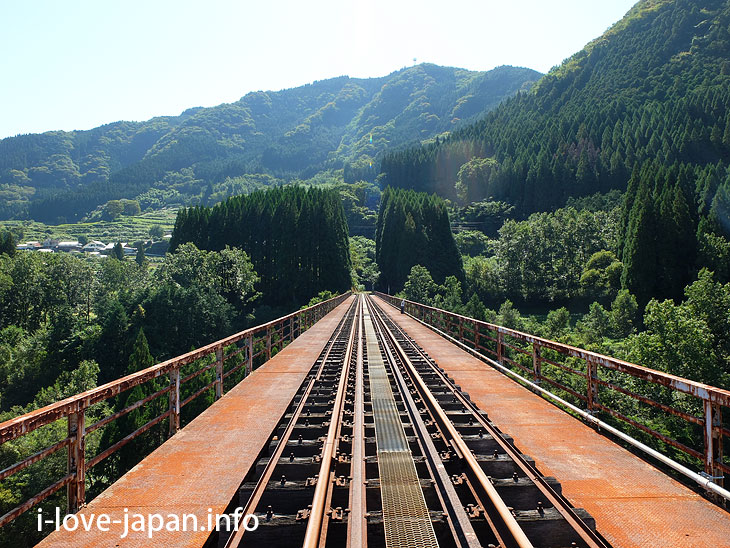 Super cart is running on the highest in Japan (was high?) Railway bridge “Takachiho bridge”.
If you look at the video below, you can see how wonderful the place is crossing! 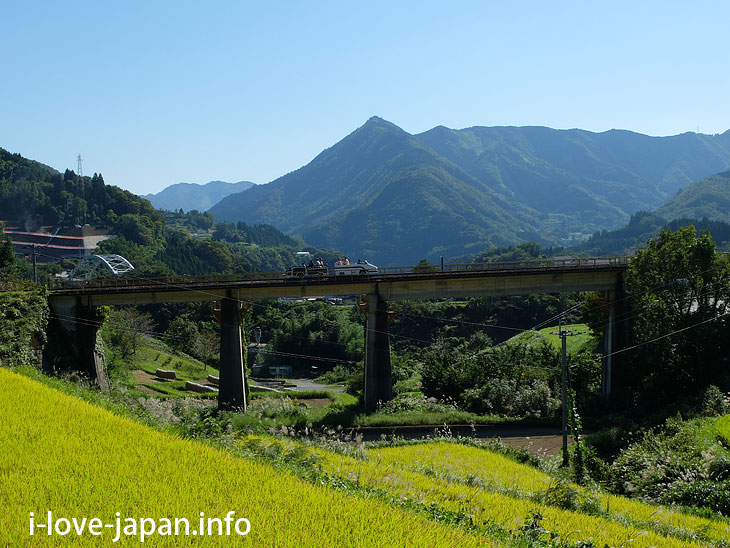 I saw “Takachiho Amatertasu Railway” on the way to Amakiwa Shrine.
It runs in such places.

From March 2017, it seems that new cars with increased capacity have appeared.
If you go to Takachiho, let’s get on.

From the top or the bottom, “Manai waterfall” at Takachiho Gorge

I guess it depends on the season, About noon the sun will be plugged into the valley.
During that time, I recommend that you boat out to Takachiho Gorges. 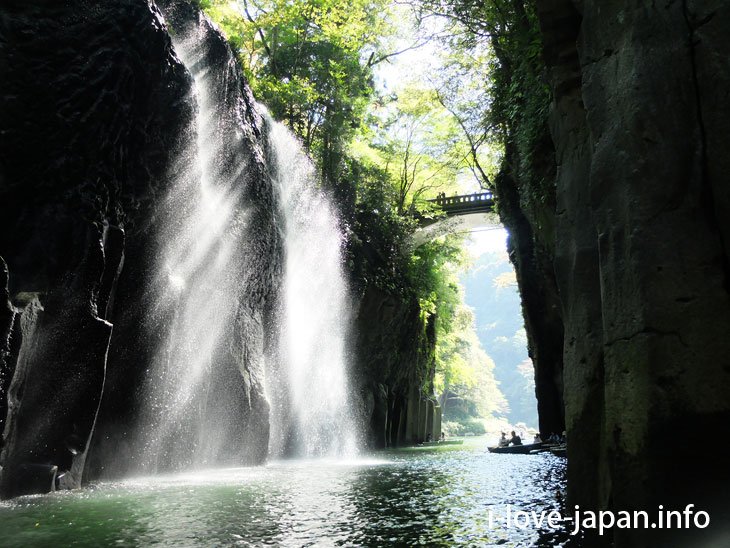 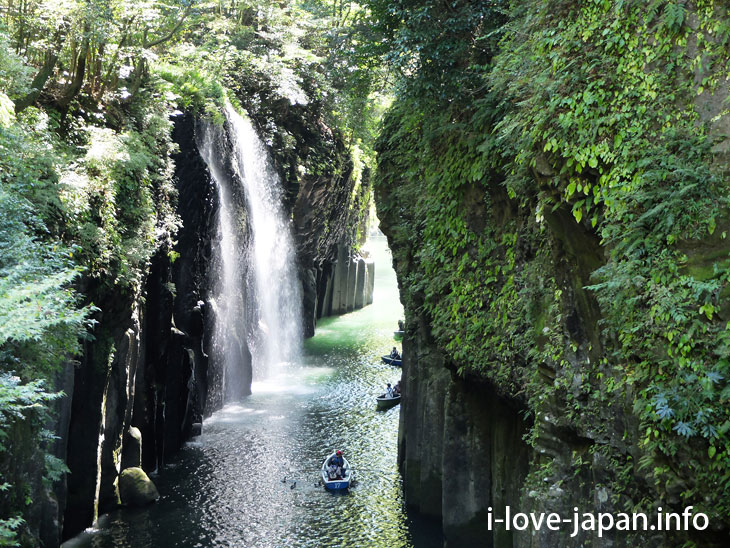 Get out of the boat and walk around the boardwalk.
“Takachiho Gorges” looking over from the top is also wonderful. 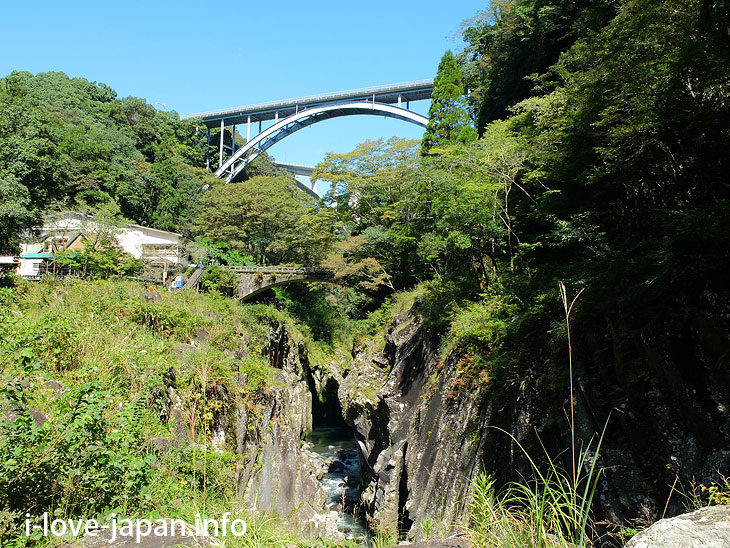 It is unusual that there are three arch bridges in the canyon. 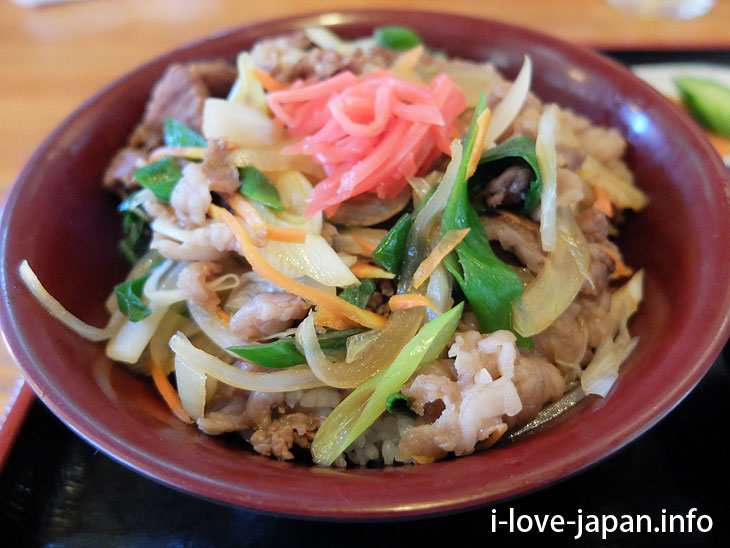 Takachiho beef and vegetables were served with a rice bowl.

There is “Amanoyasu Kawara” in the back of Amano Iwato Shrine.
There is a torii in the cave of a large entrance, and stones are piled up. 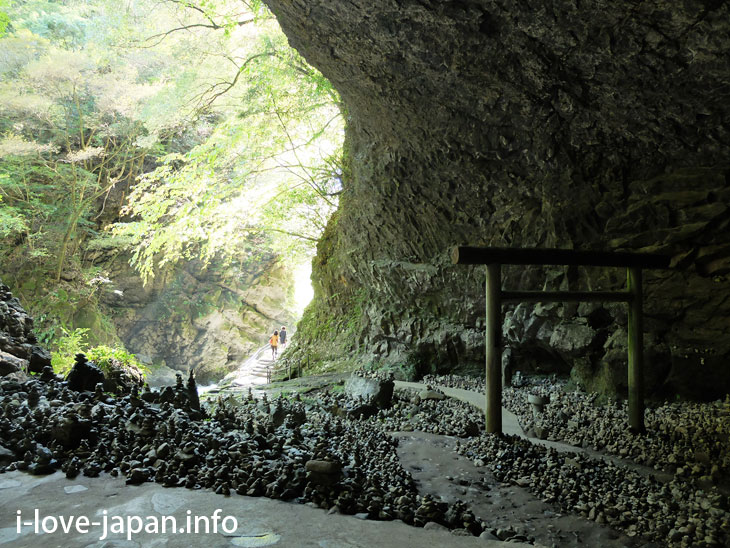 Previously there was only a shrine “subject.
It seems that stones have been piled up by the hands of prayers some time.
A mountain of stone in countless numbers is creating a magical atmosphere. 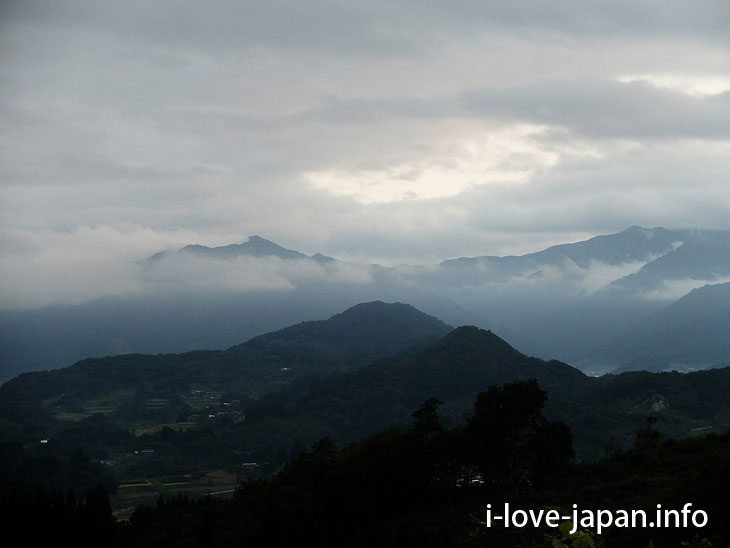 “Kunimigaoka” is known for the sea of clouds in early morning.
I stayed in Takachiho for 3 nights and expected “sea of clouds”, but I could not even see it for three days.
The above picture is the “cloud like sea of cloud” that I could see (;^_^A 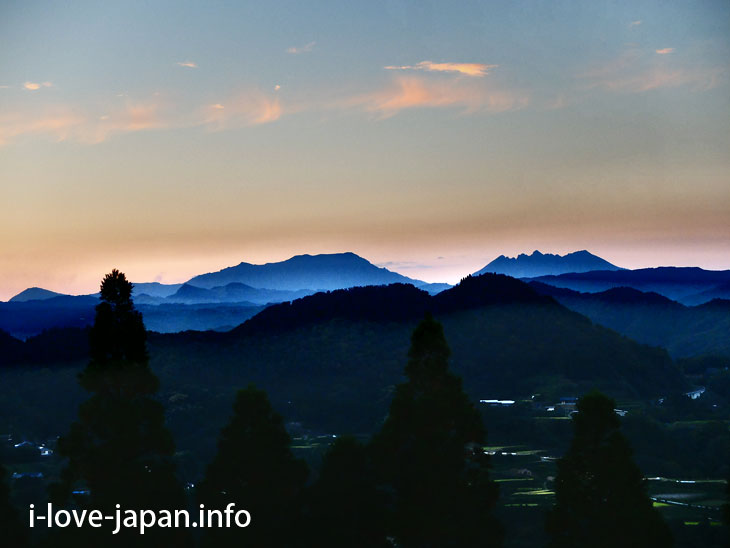 You can see “Aso’s Nirvana Statue”. 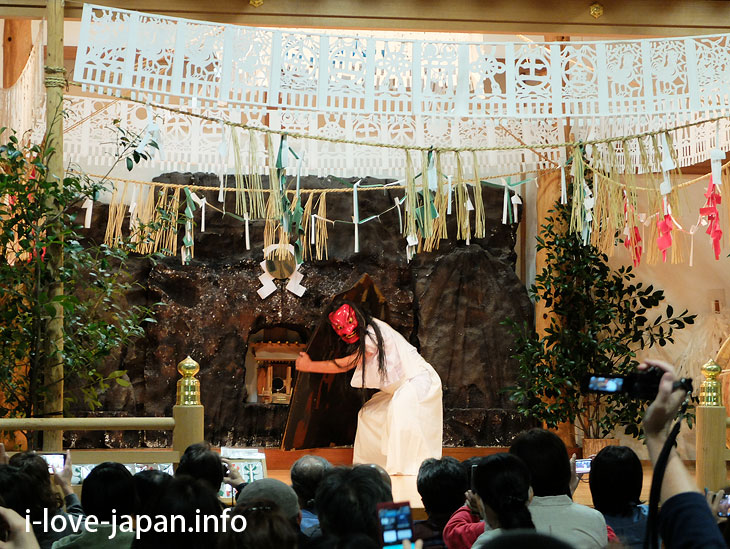 Takachiho Kagura is dedicated at Kagura-dori in Takachiho Shrine Shrine every evening from 20 o’clock every evening.
As dancers in each village take turns dedicating, you can enjoy “authentic dance”.

▼ From Nobeoka direction, local bus line is taken at about one hour intervals during the day (about one and a half hours)

▼ From Miyazaki Station, Miyazaki Airport, buses are on the busy season (about 2 hours 40 minutes).
http://www.miyakoh.co.jp/bus/express/takachiho.html

You can use a rental cycle at “Machiaka Information Center (near Bus Terminal)”
https://takachiho-kanko.info/tour/detail.php?log=1344571295&cate=&nav=4
※ They will be borrowed at the information center, business hours only.
※ In the rainy you can not use them.

Sightseeing in Hyuga by rental cycle! About 4 hours of model course (Miyazaki)

I have traveled in Miyazaki Prefecture by the Nichinan Line. Aoshima shrine and Devil’s Washboard ↓ port city · Abu...

Nobeoka has not much image of sightseeing spots. When I actually visited Nobeoka, there were many interesting places. ...

Obi（飫肥／おび） flourished as a castle town for 280 years from 1588 to the beginning of the Meiji era. The townscape with th...
Climbing Sendagaya Fuji at the Hatomori-Hachiman jinjya shrine! (Shibuya-ku,Tokyo)
Ekoda Fuji (Sengen Shrine)! Climb Mt. Fuji in Tokyo (Nerima-ku, Tokyo)