1-1. There is no train station at Narita Airport Terminal 3! Move to Terminal 2 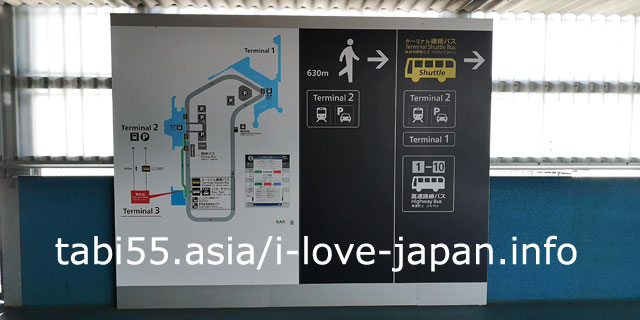 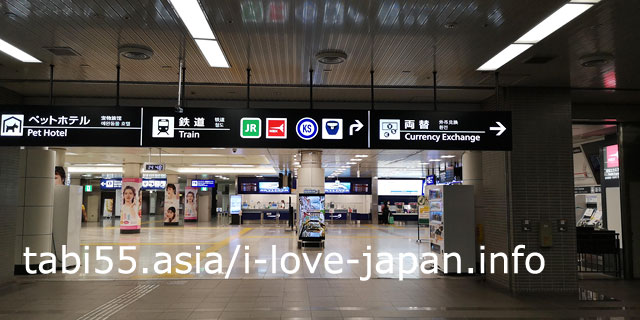 Narita Airport Terminal 1 and Terminal 2 have the following stations respectively.

And you can access Naritasan Shinshoji Temple by the following two types of trains.

If you walk Omotesando from each station for 1.3km/17 minutes, you will reach Naritasan Shinshoji Temple.

I rode both, but it didn’t make much difference.
If you have a JR pass for visitors to Japan, I recommend JR.
Otherwise, let’s go with the train you like. 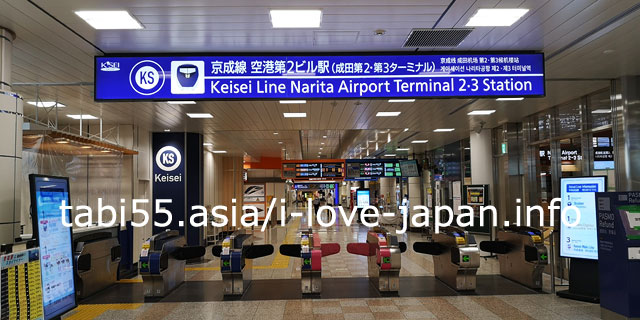 This time, take the Keisei Line from Terminal 2.
Due to the coronavirus (June 30, 2020), there are almost no people at Narita Airport.

I got on the train from the blue line 3(Sorry,No pic).
*Orange is the skyliner 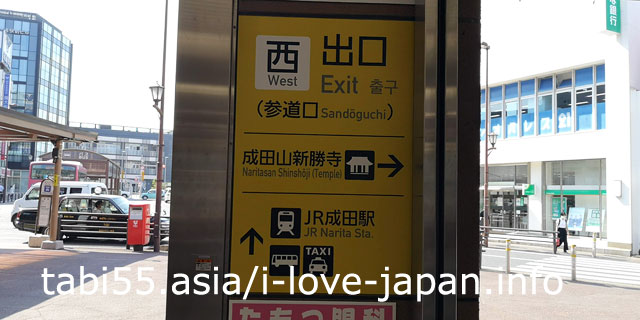 When you arrive at Keisei Narita Station, you will find a signboard to Naritasan Shinshoji Temple.
If you follow it, you will arrive. 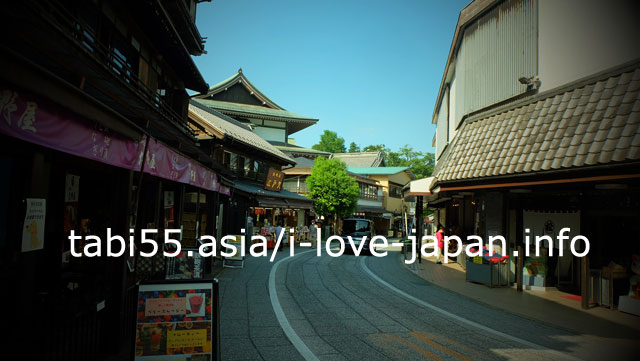 There were many eel restaurant in Omotesando.
You may be tempted by the smell.
You can talk to your stomach and wallet and eat eel. 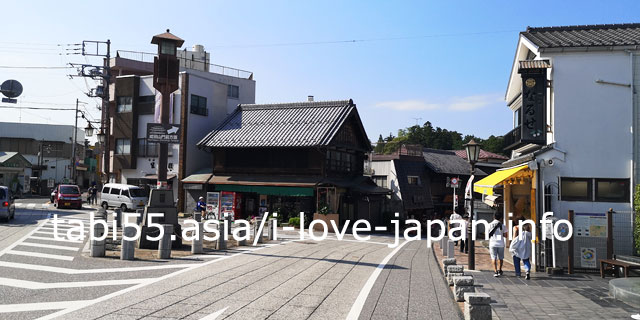 You can see Naritasan Shinshoji Temple by entering this signboard on the right.

Naritasan has too many highlights.
I picked up a building that I thought “see by all means”. 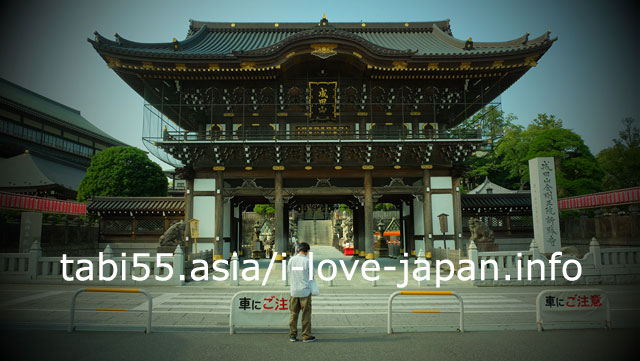 The Somon gate was erected in 2008 as a commemorative project 1070 after the opening.
It should be a relatively new gate, but it is dignified. 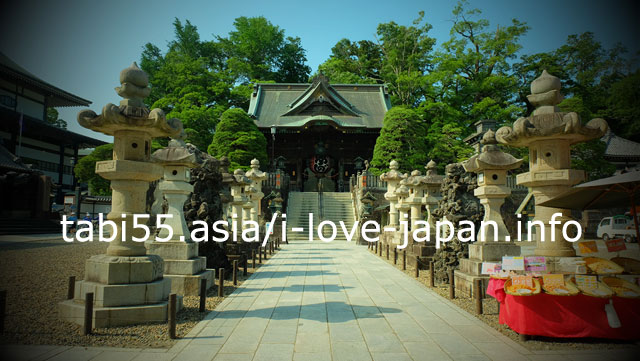 After passing the main gate, stone towers are lined up along the approach. 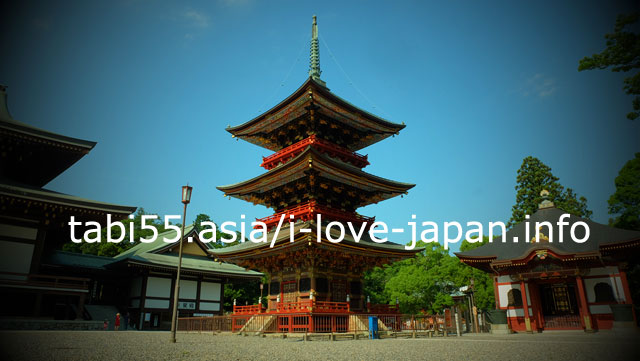 The tower is dedicated to Five Wisdom Nyorai, centering on Dainichi Nyorai, and sculptures of “16 Arhats” are wrapped around. 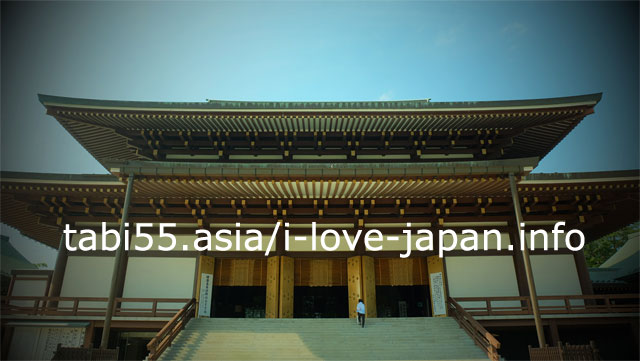 Daihondo Hall is the central place where the most important sacred prayers at Naritasan Shinsho-ji Temple.
It is built in 1968.

3-5. There is also a shrine! Make a prayer at the Shusse Inari Shrine 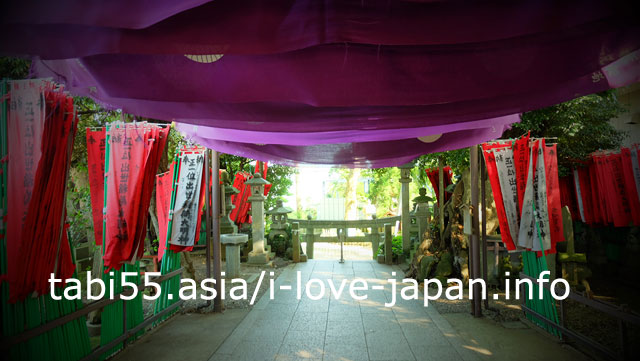 Naritasan Shinshoji Temple is a temple, but there is also Inari Shrine.
It is said that there are benefits of prosperity in business, fulfillment of good luck, and burndown. 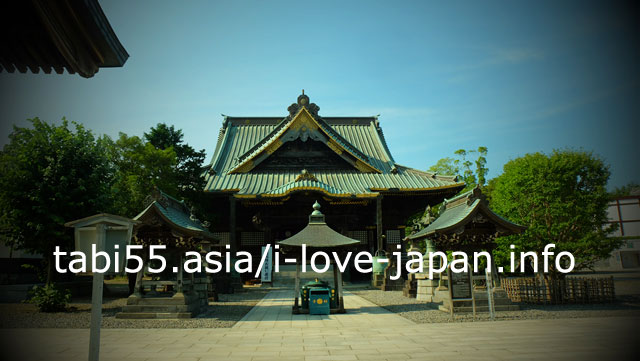 This is the most important reason why I wanted to visit Naritasan Shinshoji Temple.
I wanted to see the sculpture by Mr. Shunpyo Shimamura, who I became a fan of when I saw it at Tanashi Shrine,Tokyo. 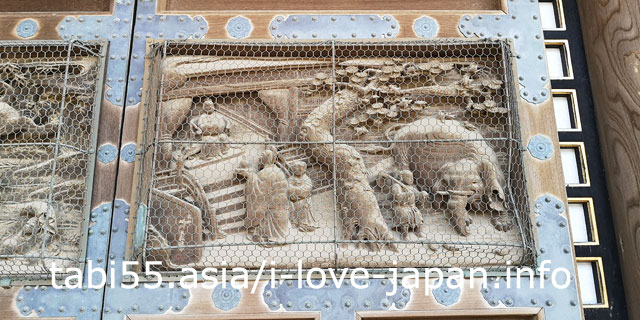 Even though it is a flat surface, it has a three-dimensional effect. 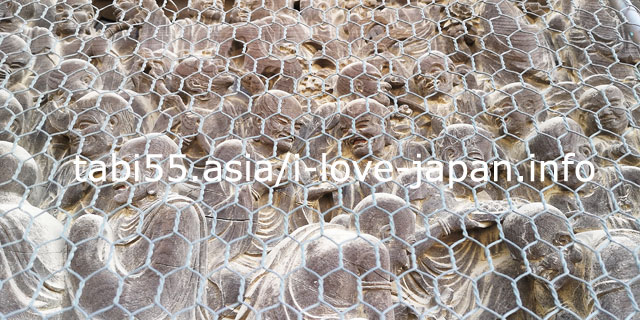 further,
The sculptures of the 500 Rakans embedded in the surrounding area are also wonderful.

I have loved the sculpture while going around the Shakado Hall many times.

Must see Tanashi Shrine's sculpture(Nishi-Tokyo-shi,Tokyo)
To Tanashi Shrine, it takes 40 minutes by train or bus from Shinjuku Station. Apart from the city center, it is not a s... 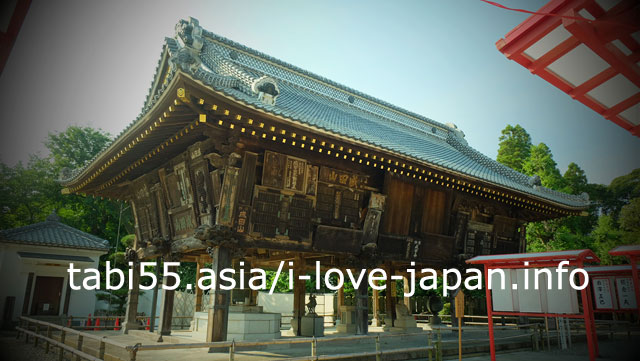 An important cultural property built in 1861, it was restored in 1986.
It seems that it is a building that hangs votive tablets donated by the believers.
It’s amazing that there is such a building!
Let’s look at it from all directions. 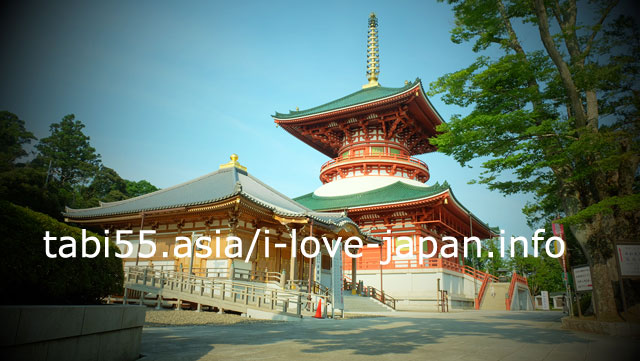 The Peace Tower, built in 1984, is a symbol of the teachings of Shingon Esoteric Buddhism. 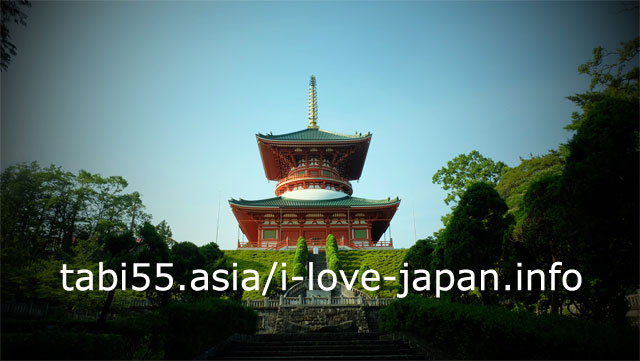 Go down the stairs by the Peace Tower and you will find a Western garden surrounding the fountain.
When I visited ,The fountain stopped… 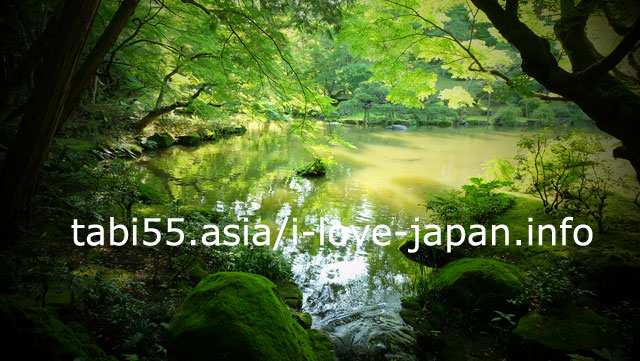 The fresh green reflected in the pond 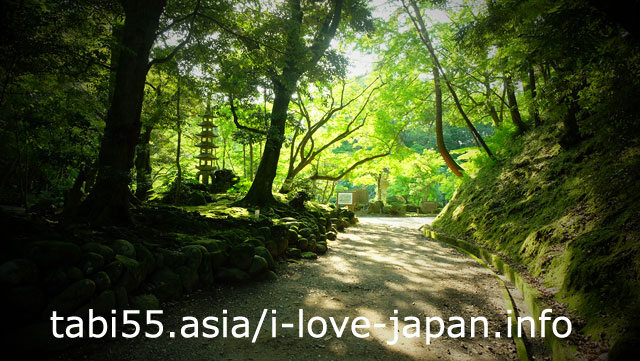 The fresh green and sunbeams are beautiful.

I think that it attracts different beauty depending on the season.
I recommend taking a walk through Naritasan Park with Naritasan Shinshoji Temple. 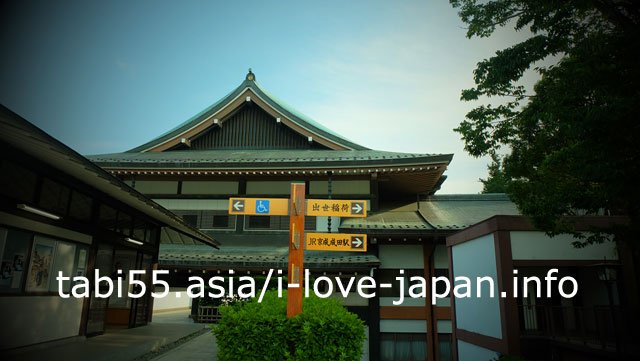 I enjoyed Naritasan Shinshoji Temple and Naritasan Park and returned to the Daihondo Hall .
There seems to be a different road to the station. 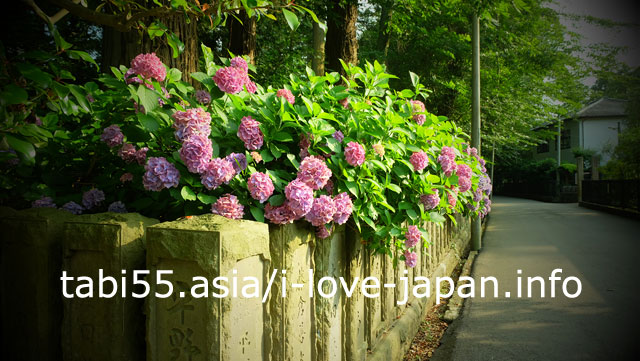 Follow the hydrangea road (only from June to early July) 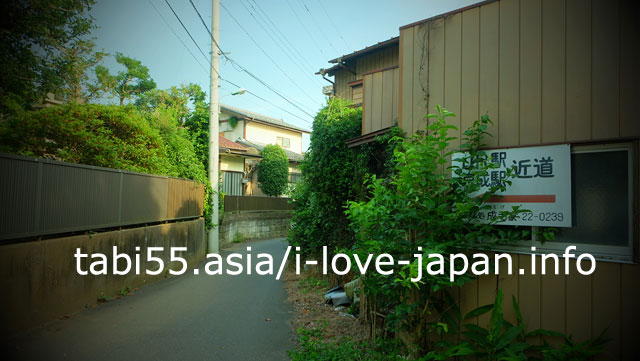 lip through a private house 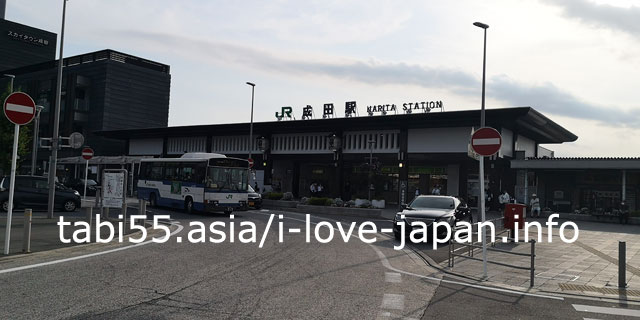 I joined the road that came from the middle and arrived at JR Narita Station. 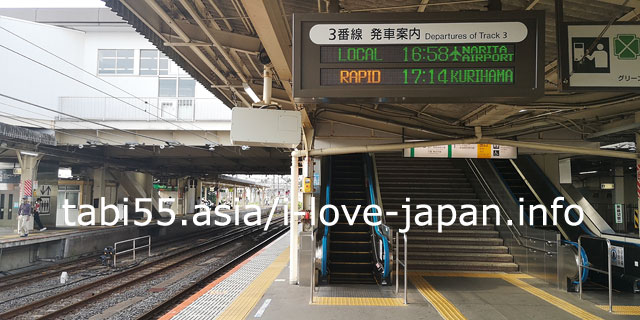 Take the train on Platform 3 to Narita Airport. 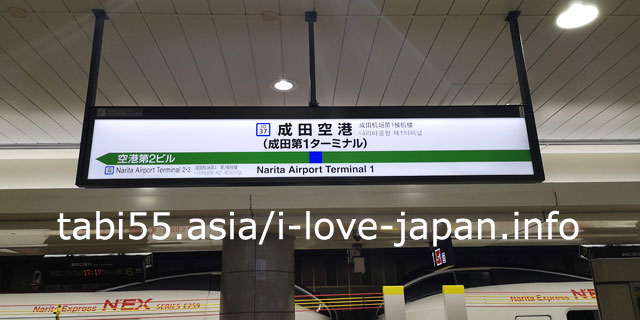 It will take about 10 minutes to reach the station.

At Kinchakuda(Hidaka-shi,Saitama), Cluster Amaryllis(曼珠沙華/彼岸花) are blooming like a red carpet in Mid September. Let's g...

You can enjoy "Chichibu" "Nagatoro" from the metropolitan area on a day trip. There is nature, old-fashioned buildings,...

I will show sightseeing spots that you can go on foot from Chichibu Railway "Chichibu Station" "Ohanabakake Station", Se...
What to do in Sakata City in winter! (Yamagata )
Shiretoko Peninsula【1DAY】Cruise+Five Lakes （Hokkaido）