There is only one bus per hour.
Make a plan in advance.

1-1.If you go from Tsuruoka station to Mt. Haguro by bus, “Tsuruoka One-day unlimited ride ticket” is recommended 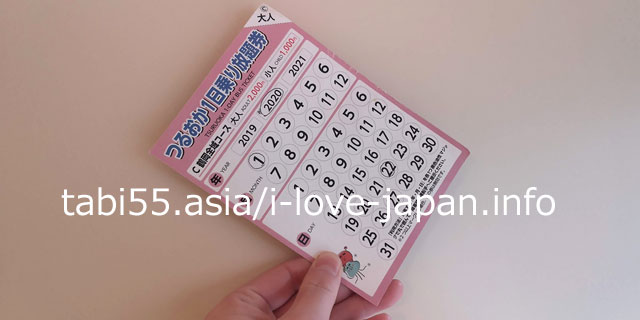 2.Share the course of sightseeing in Mt. Haguro in winter

2-1. From Tsuruoka Station to “Haguro Zuishin-mon” by Shonai Kotsu Bus 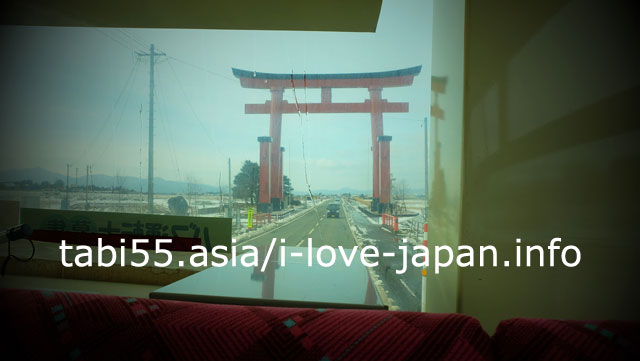 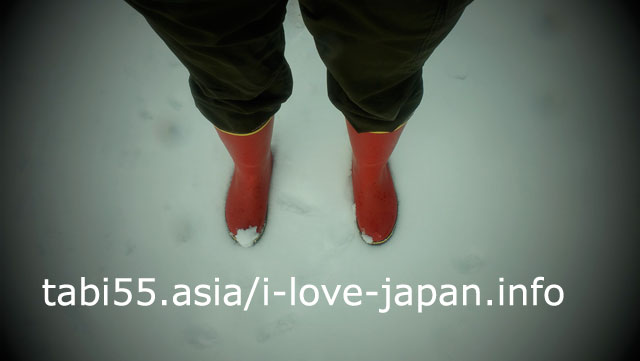 Get off the bus at the Haguro Zuishin-mon Gate, or at the Ideha Cultural Memorial Hall, and rent boots.
Unless you’re wearing shoes that are snow-capable, I recommend borrowing boots. 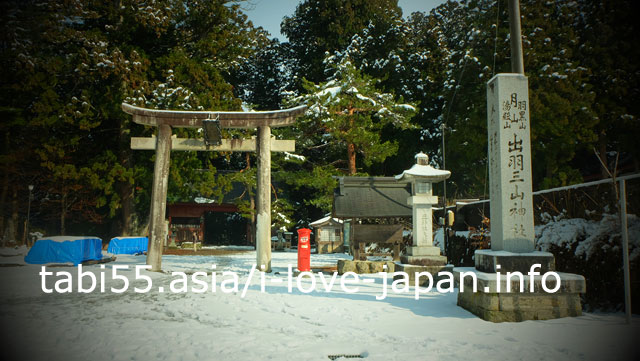 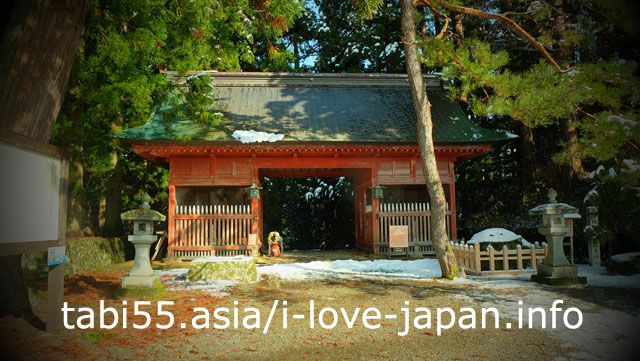 This is Haguro Zuishin-mon Gate.
It is said that this gate was first donated as “Nio-mon (generally the gate where the Kongo Rikishi guarded the temple were enshrined)”.
At the time of the separation of the gods and Buddhas in the Meiji era, it seems that they enshrined a statue of a person ( who protects gods) and named it “Zuishin-mon”. 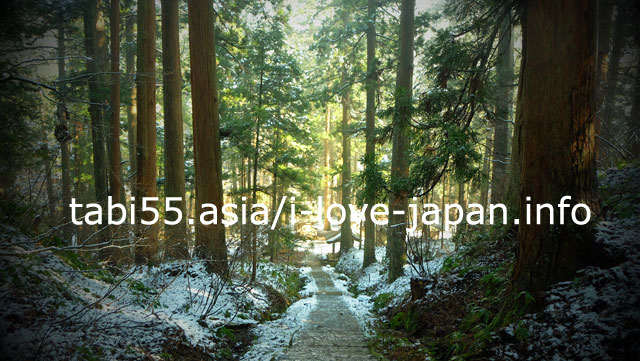 The cedar trees that have won the Michelin Green Guide Japon have a sacred atmosphere.
Every time I take a step, I feel that my filth is coming off. 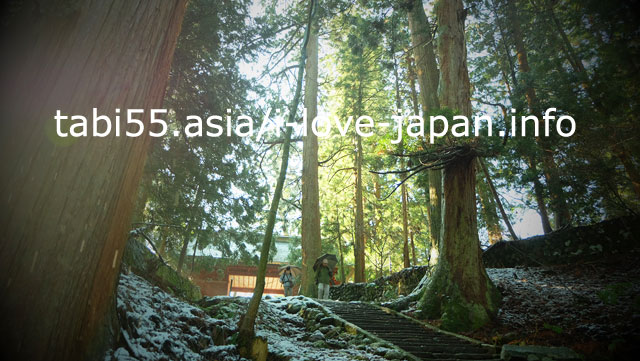 A view of a row of cedar trees from below.
The winter I visited in 2020 was warm. 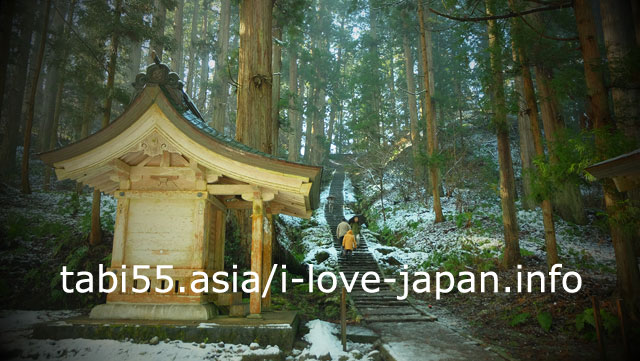 It cleared up and the snow on the cedars melted like rain. 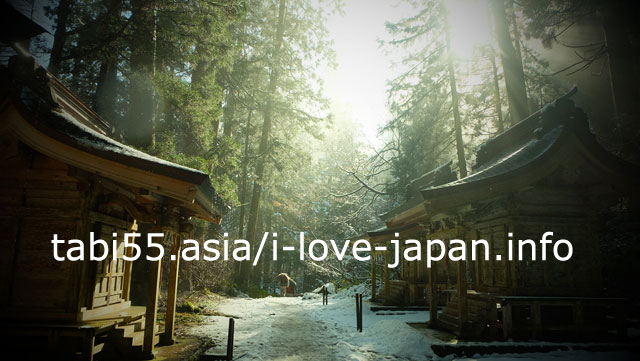 There are small shrines on the approach. 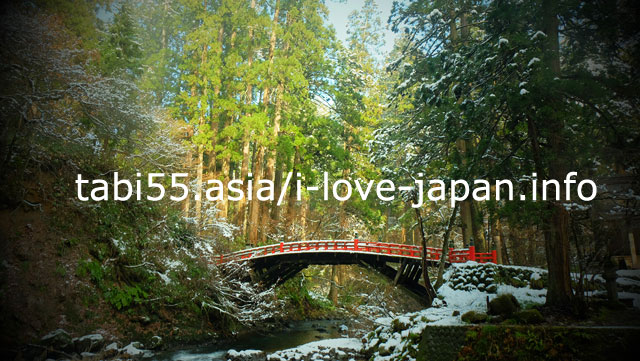 A red god bridge that hangs over the river.
In the old days, people in Mt. haguro were always pursuing themselves in the clean stream of Harai-kawa river, and on the way to worshiping Mt. Haguro. 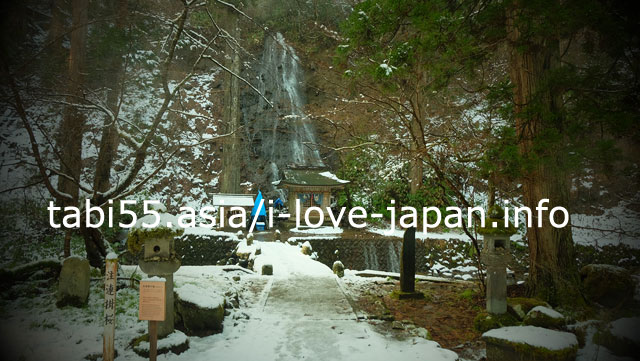 Generally, it is said that the “sanctuary” is from “Zuishinmon”, but from here the mountaintop and the foothills were separated.
On the mountain, there were 30 temples, including Honbo, until the Meiji Restoration.
There lived a practitioner who did not eat meat and had no wife.
On the other hand, it seems that there was a practitioner with 336 wife at the foot of the mountain. 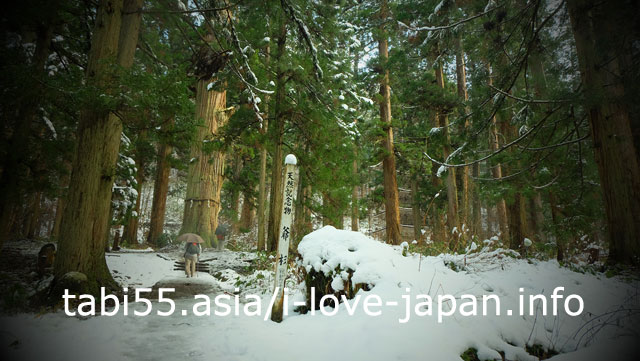 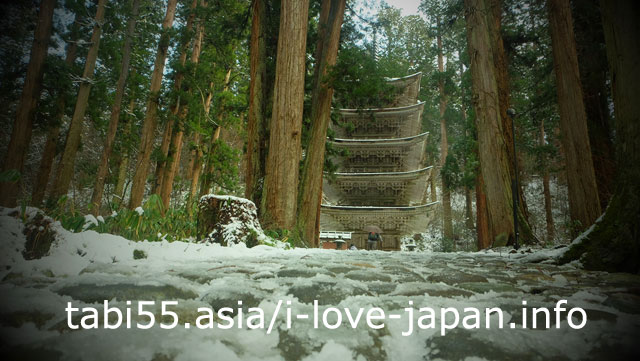 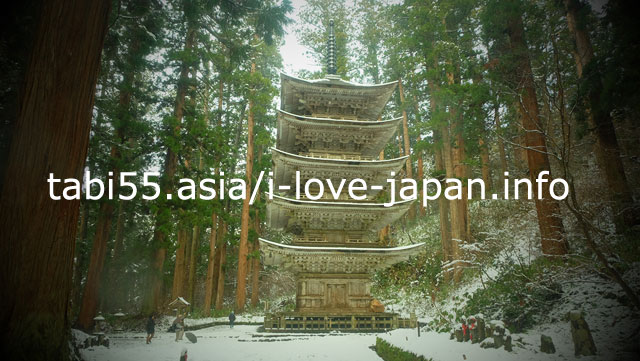 From the side, you can see the whole view of Mt. Haguro Pagoda. 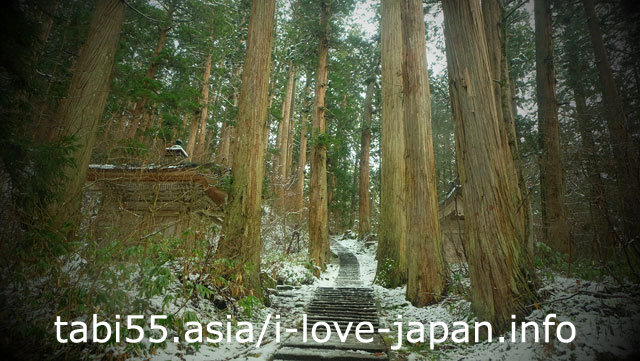 If it’s not winter, you can climb the stone steps to the Dewa Sanzan Sanjin gosaiden Shrine.
This stone step is not a sightseeing promenade, but a place for practitioners to practice.
The stone steps are very narrow (as the locals said) so don’t overdo it.

I arrived at the bus stop, rented boots, walked to Haguroyama Five-storied Pagoda, returned boots, and it was 【a little over an hour】 to the bus stop.

2-4. Visit the Dewa Sanzan Sanjingosaiden Shrine at the summit of Haguro 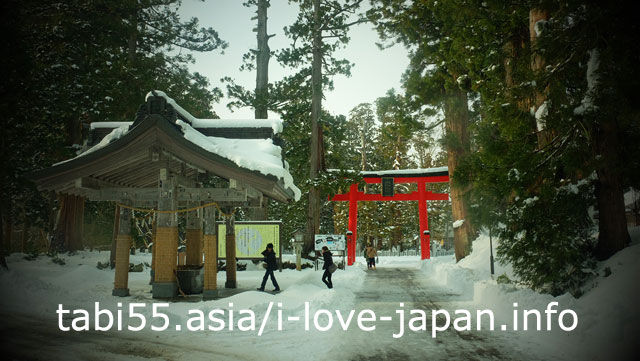 I returned my boots to the “Ideha Culture Memorial Hall” and took a bus from the bus stop to the summit of Mt. Haguro.
After purifying my hands and mouth at the waterhouse, head for the Dewa Sanzan Sanjingosaiden Shrine. 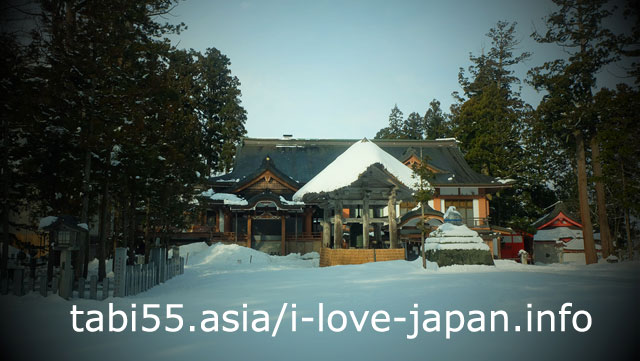 The Dewa Sanzan Sanjin Gosaiden is the shrine holds the three gods of Gassan, Haguro and Yudonosan. 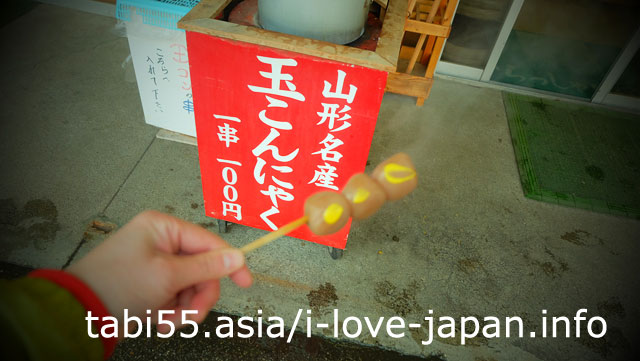 At the rest house near the bus stop, we had Yamagata’s specialty “Tama Konjac”.
Tama means Ball.
Konjac also known as Konjac or Devil’s tongue, is a traditional Japanese food and is made from Konjac.

It took 17 minutes from the water station to the last “Tama Konjac”.
If you just visit the Dewa Sanzan Sanjingosaiden Shrine, it will be all right in 30 minutes.

After that, I went back to Tsuruoka Station(￣m￣*）

Take a bus from near Tsuruoka Station

I worshiped in.
The time required was 【just over 4 hours】.

It took less time than I expected.
I hope it will be helpful for you to aim for Mt. Haguro in winter.

What to do in Sakata City in winter! (Yamagata )

In January 2020 (the winter), before the epidemic of new coronavirus infection, I took a Jetstar★ and traveled alone to ...
Cherry Blossoms（sakura） in Ikebukuro【 11 selections】
What to do in Sakata City in winter! (Yamagata )

What to do in Sakata City in winter! (Yamagata )
Sightseeing of Mt. Haguro 【Five-storied Pagoda+ Dewa sanzan】 in winter