From Ryugadou cave, I came to Kami City Yanase Takashi Memorial Hall (Anpanman Museum).
I remembered Anpanman when I was little and was surprised at the change.
This time, return to Kochi Station. 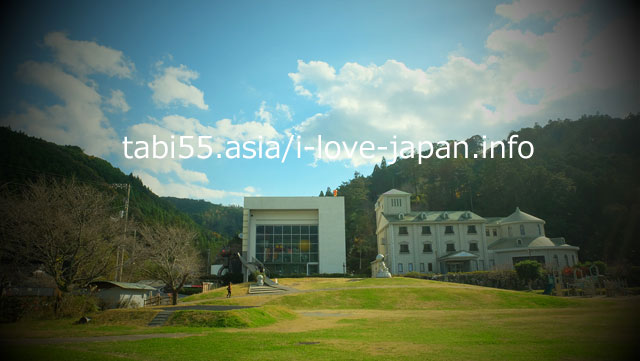 I remember that Anpanman, my first time, was as surreal as a child.
Is it good for child like me to see? I was puzzled.

A few years later, when I saw Anpanman, which became pretty, I was shocked again.
There is a handling of Anpanman’s picture books in the early days.

I thought about Anpanman’s history.

2. There is no cafe or restaurant at Anpanman Museum! Get a Shiitake(mushroom) bowl at a roadside station 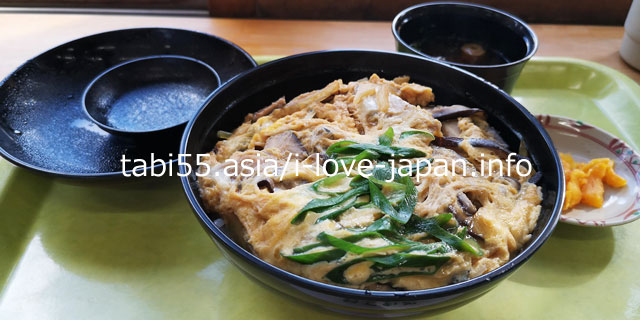 The Anpanman Museum does not have a cafe or restaurant.

If you get hungry, go to the cafeteria at the roadside station Mirafu (Nirou no Sato Mirafu), near the bus stop.
I recommend Shiitake mushrooms bowl made with local shiitake mushrooms. 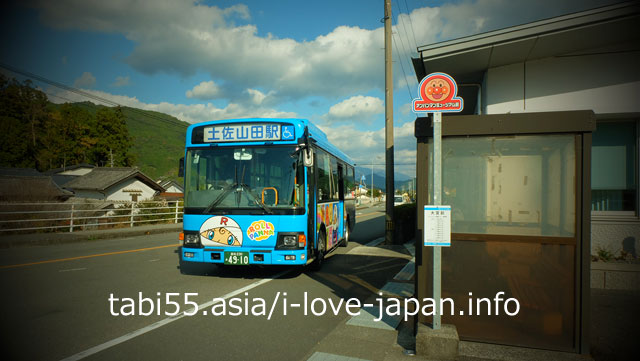 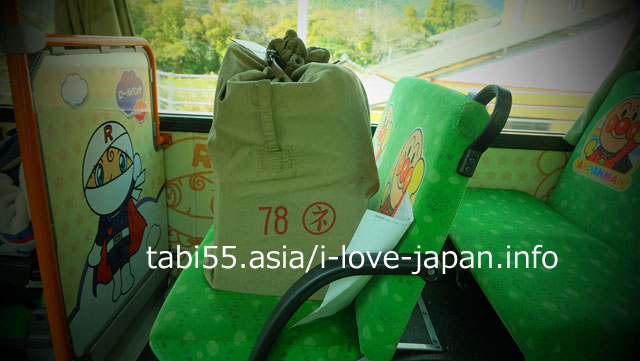 The mail was sitting on the seat (;￣ー￣A
Peaceful scenery, assuming no one steals or mischief. 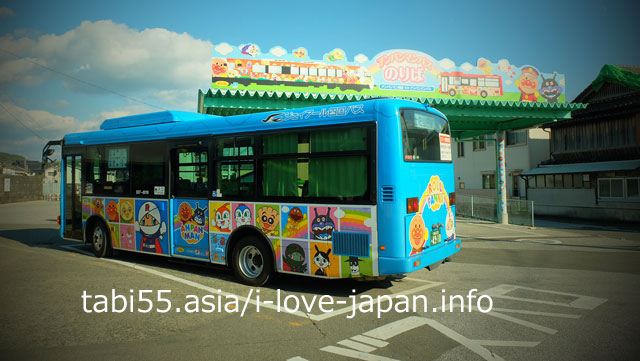 In about 20 minutes, we arrive at JR Tosa Yamada Station.
In this way, there is a bus stop full of dreams. 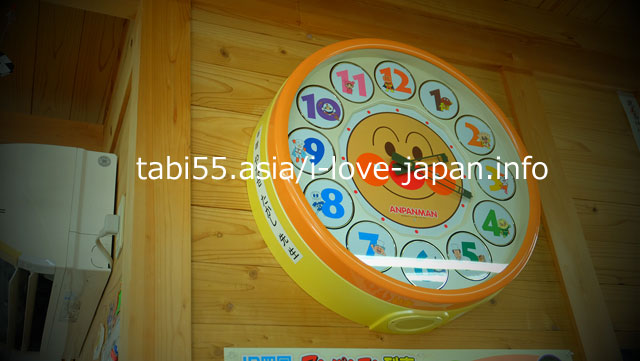 Don’t go straight to the station!
Visit Kami City Information Center (← a tourist information center).
There is a mechanism clock donated by Takashi Yanase.
The staff moved the clock and saw the mechanismヽ(￣▼￣*)ノ
※ I forgot to take a photo with pleasure ※ 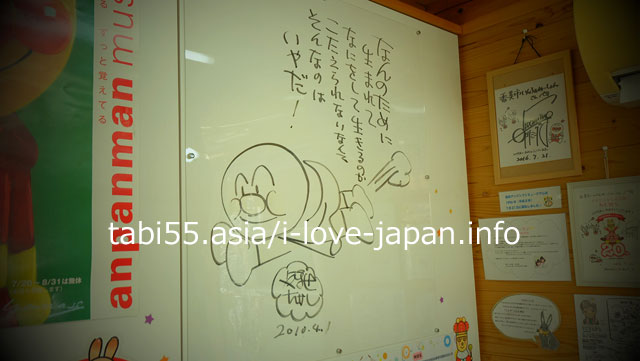 At the time of the opening, there was an autograph that Takashi Yanase visited and drew.

5.A lot of Anpanman at JR Tosa Yamada Station 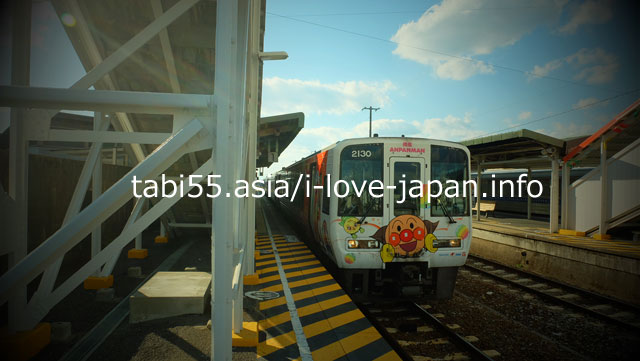 There is a lot of Anpanman at JR Tosayamada Station, the gateway to the Anpanman Museum.
It happened that Anpanman train (← Trains with limited express rates, probably Anpanman specification) was stopped. 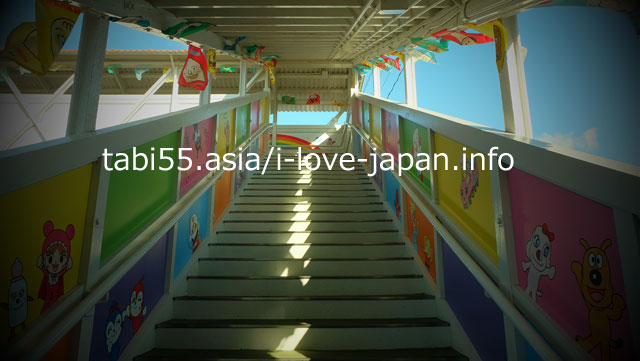 Anpanmans are smiling on the stairs that move between platforms. 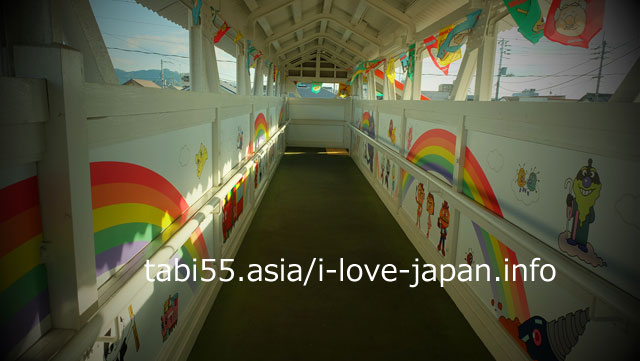 There is a rainbow in the corridor. 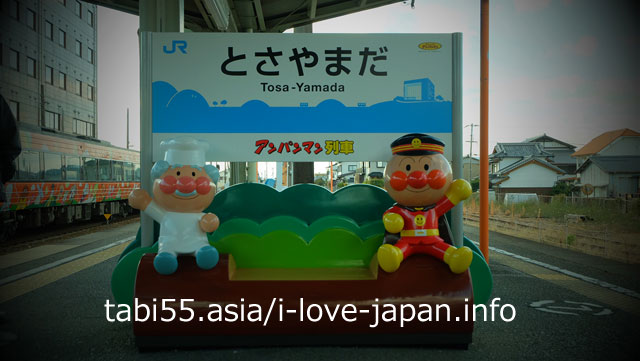 There is also a place where you can take a commemorative photo with Anpanman and Uncle Jam. 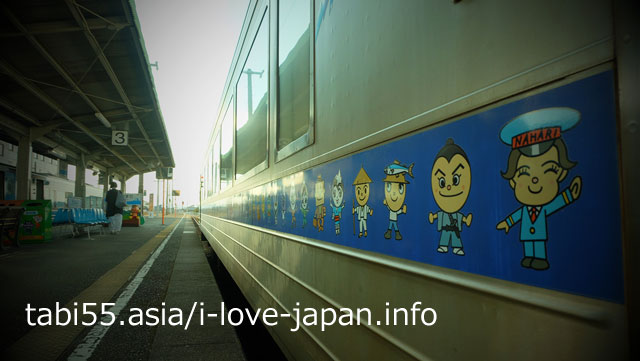 Access from Kochi Station to Ryuga-do cave by train and bus (→ to Anpanman Museum)
I have access to the world-famous "Ryugado cave" and "Anpanman Museum（Kami City Yanase Takashi Memorial Hall ）" by train...

If you take a train, you will reach Kochi Station.

Katsurahama Beach（桂浜） is a scenic spot in Kochi known for its bow-shaped beach (can't swim) and the large statue of Ryom...

It is a course of to visit the main shrine and Okusha of Kompira-gu Shrine. 【First part】 will share the way to Konomiy...

I left Takamatsu station about 8:00,and went to "Marugame" in the morning and "Konpira-san" in the afternoon. 1. Dire...
Access from Kochi Station to Ryuga-do cave by train and bus (→ to Anpanman Museum)
Near Kochi Station! Recommend Sight Seeing[14 Spots]