I have traveled in Miyazaki Prefecture by the Nichinan Line.

On this day, I borrowed a rental bicycle at Hyuga-shi station and cycled.

1.I borrowed a rental bicycle at Hyuga-shi station. 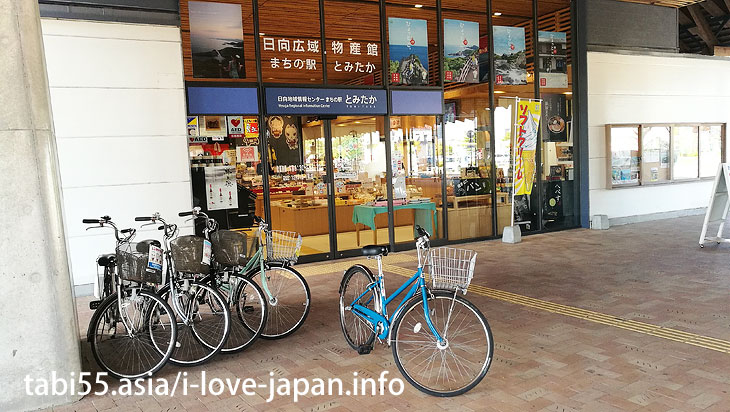 At the “Hyuga City Tourist Association” located directly under the Hyuga-shi station, borrow the rental cycle and depart! 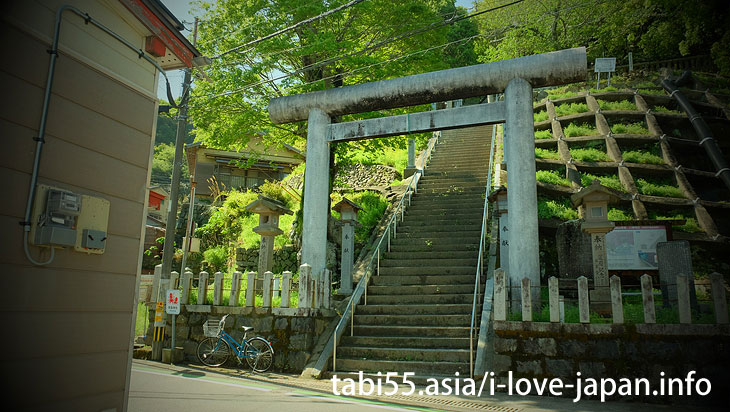 I decided to stop by “Hokoshima Shrine” which is not touristic landscape. 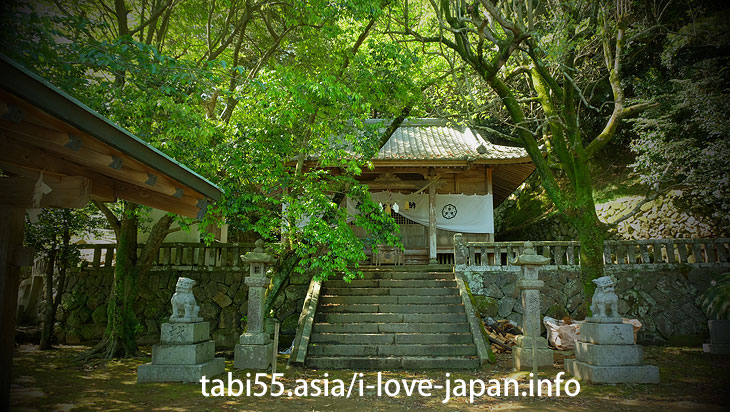 The shrine in Miyazaki prefecture is protected everywhere by trees. 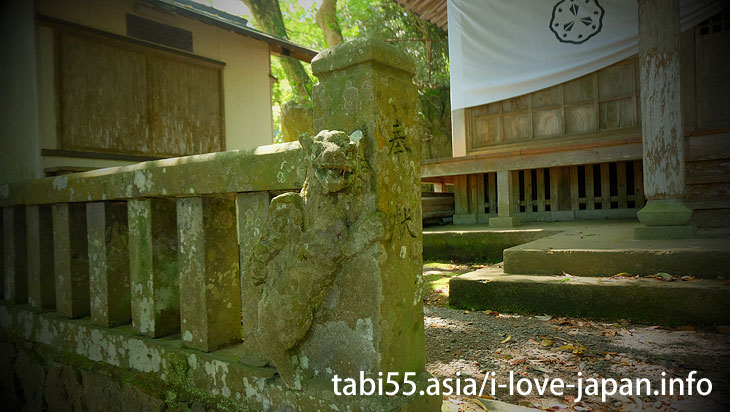 There was a lion dog in such a place. 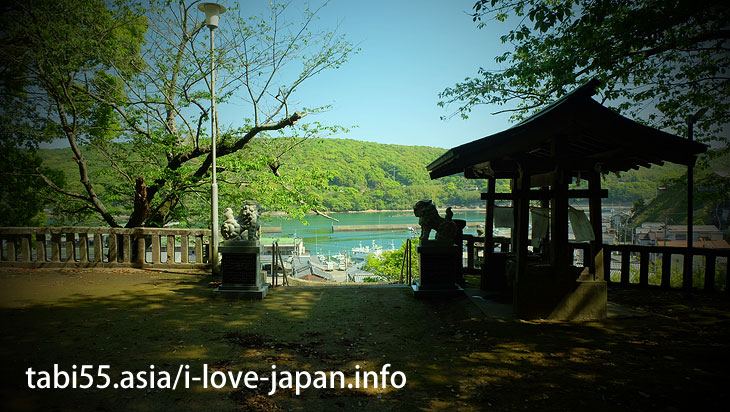 Looking back after worshiping, you will be able to see a wonderful view. 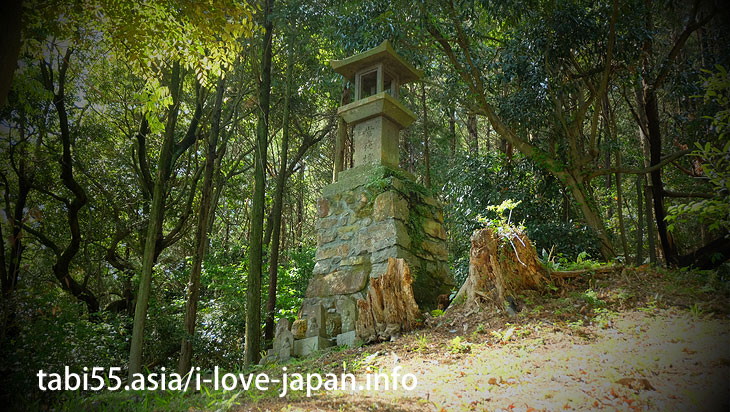 There was a night light. 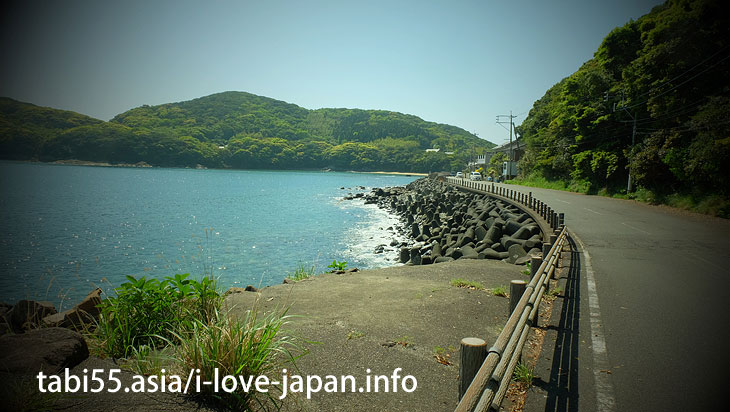 You can cycling along such a seaside road.

There was a tough uphill place, and I occasionally pushed the bicycle(;￣ー￣A 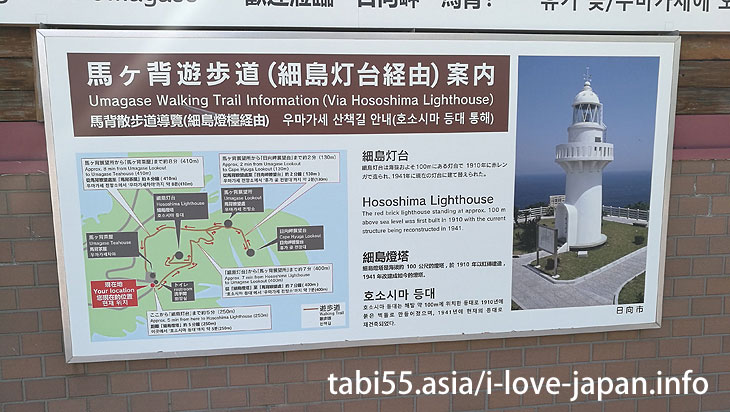 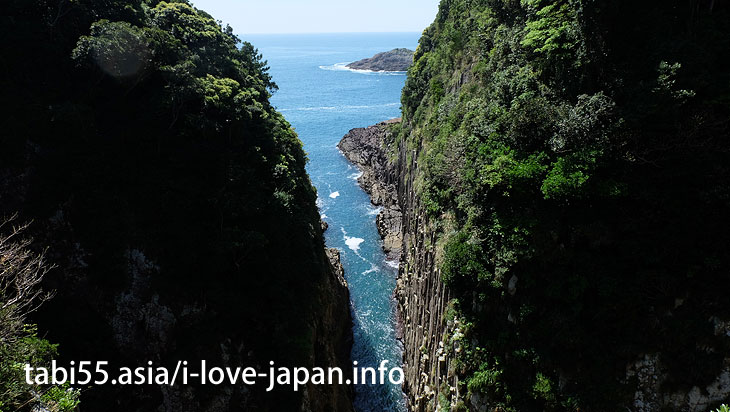 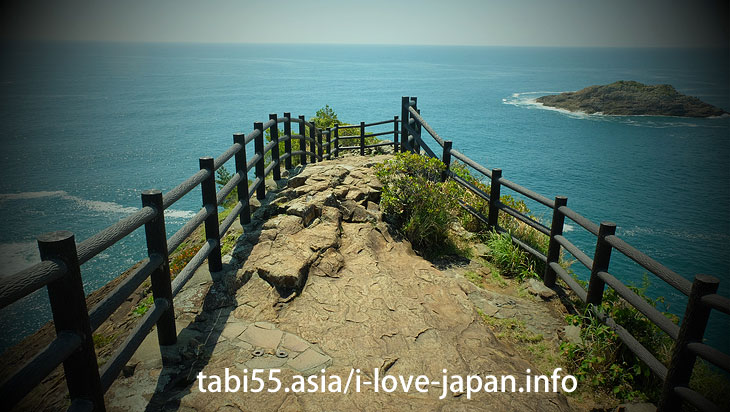 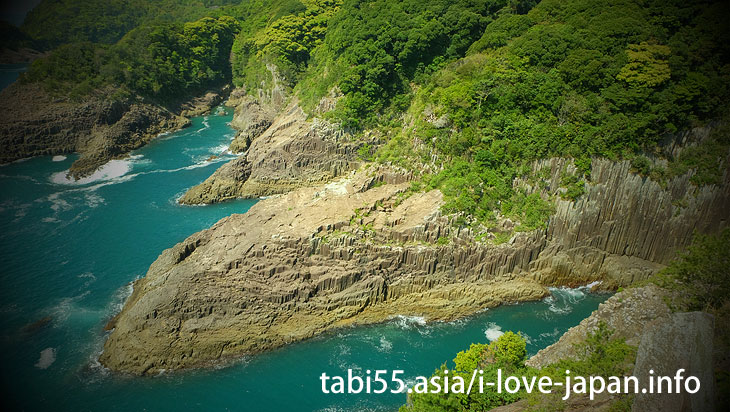 You can meet “columnar joint” 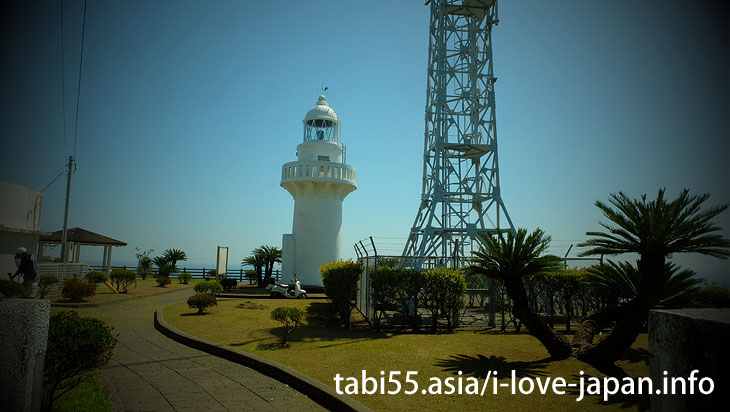 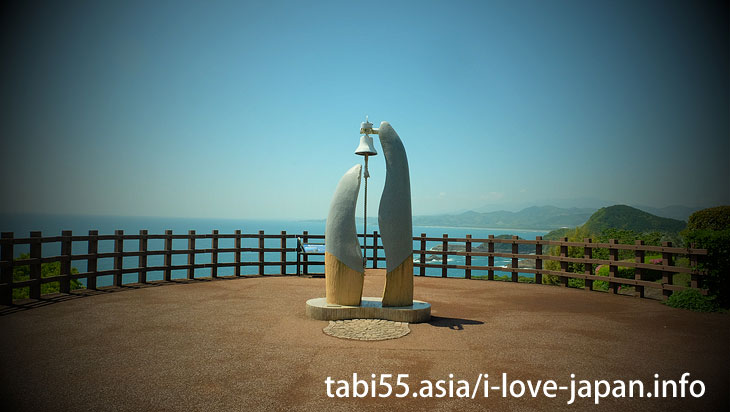 Upper slope is tight up to Umagase.
But after passing Umagase, it is a downhill or flat road. 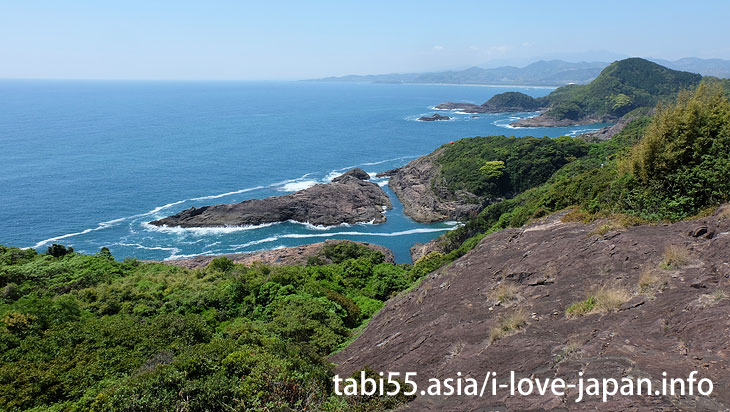 5.There is many red toriis! Inari shrine 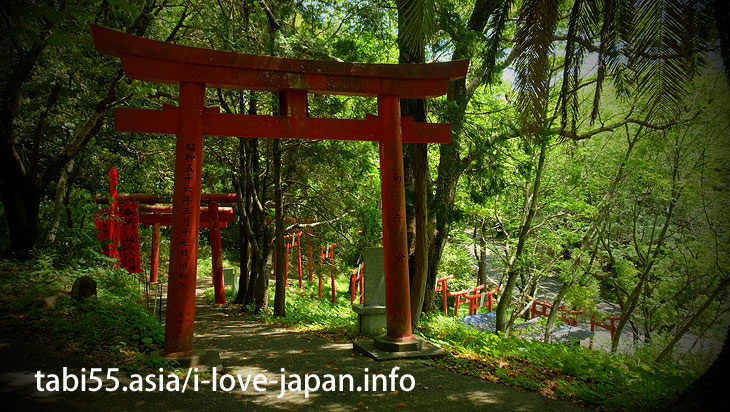 6.I saw a Rising dragon at Oomi Shrine 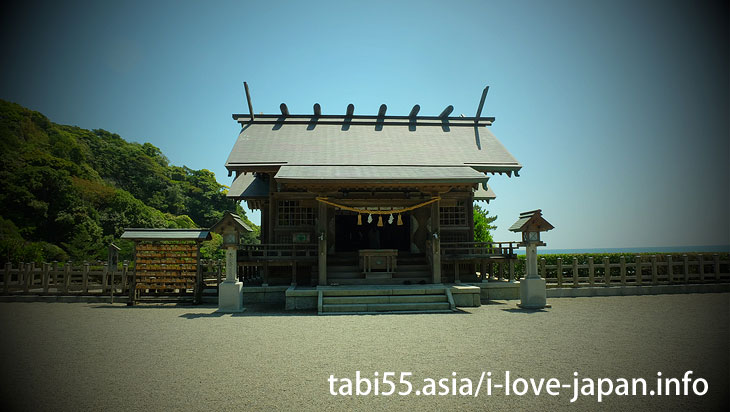 Oomi shrine is called Ise-sama of Hyuga.
The main hall, the hall, and the hall of worship are designated as a country registered tangible cultural asset. 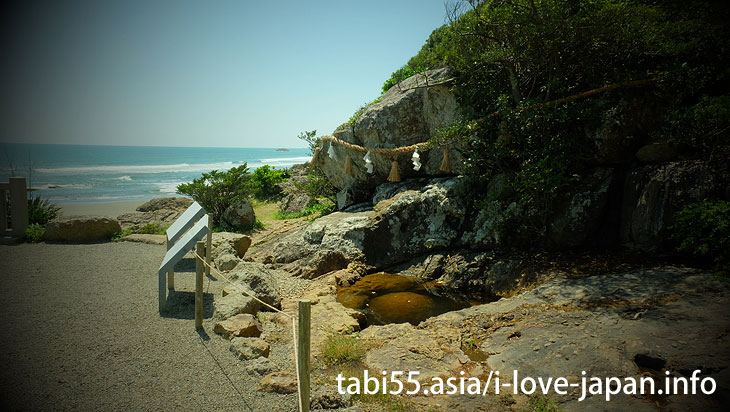 And I headed to the Rising dragon of “Udo Jingu” I wanted to see the most in Oomi Shrine. 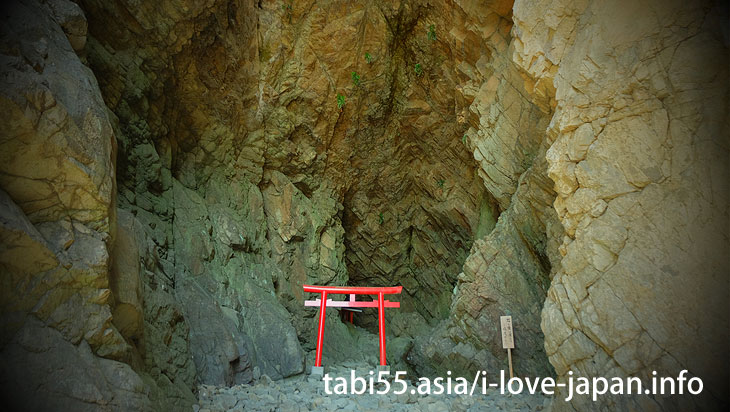 The main shrine(worship place?) of “Udo Jingu” is in the cave. 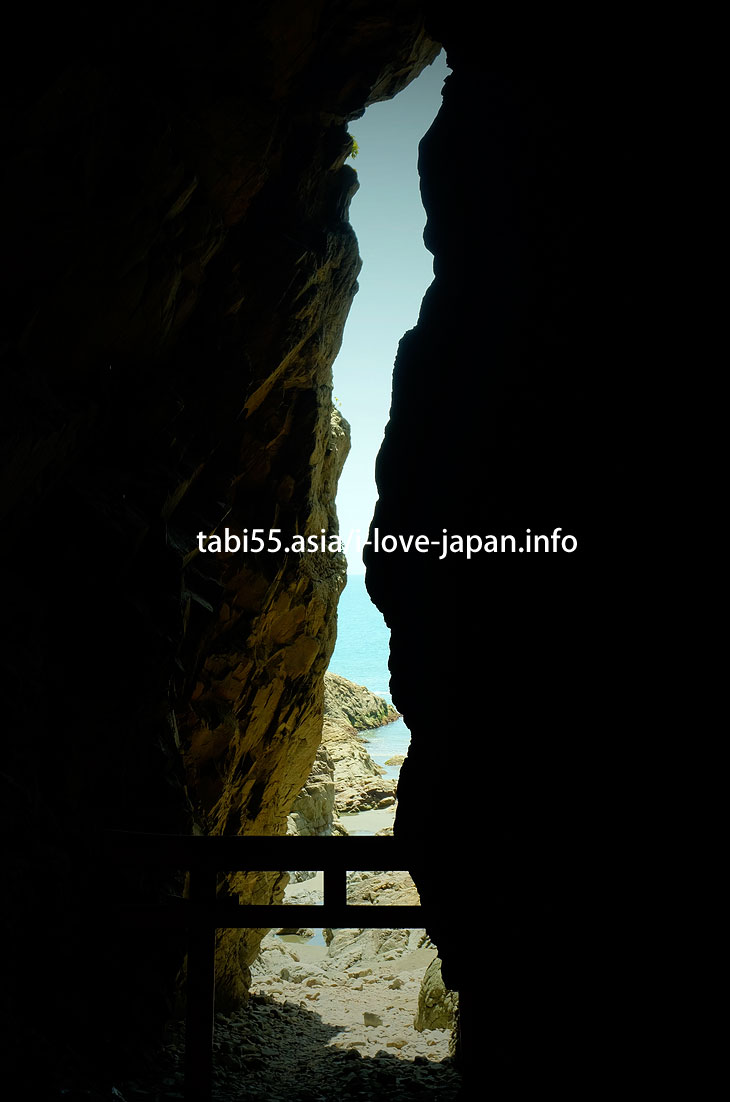 Looking back at the main hall, you can see the climbing dragon.

“Udo Jingu Shrine” has the same name as the shrine in Nichinan.
There is no rising dragon in the “Udo Shrine” in Nichinan.

If you want to see the rising dragon, let’s go to the Oomi Shrine in Hyuga city.

I returned to Hyuga-shi station and returned my bicycle around 13:15.
It was around 9:15 that I left, so I was able to cycling sightseeing spots in Hyuga City in about 4 hours 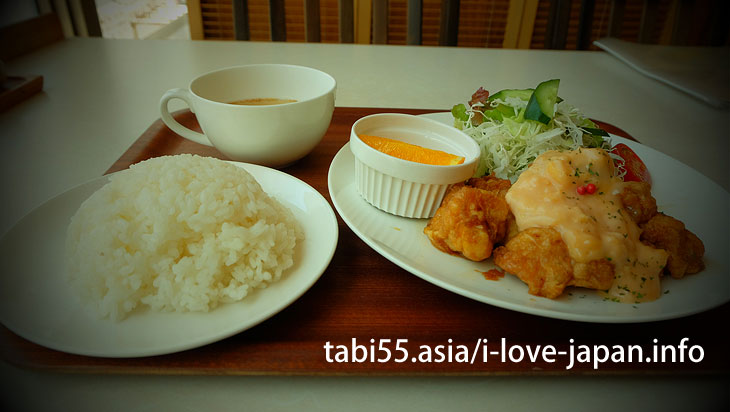 If you have time, let’s eat chicken Nanban.
it’s Fried chicken with vinegar and tartar sauce.

Miyazaki sightseeing (Nichinan) model course 【3 nights 4 days】 no car rental
I traveled in Miyazaki by public transport in April 2018. I could do sightseeing by train, bus and walking even without...

I will return to Beppu with sightseeing , after Hita (Mameda Town). I recommended this plan for touring(motor cycle) or...

"Yutoku inari-Jinja Shrine" which is often referred to as Japan's three great Inari Shrine. You can go from "Saga Stati...

Things to do in Hakata,Fukuoka！Shrine?Food?

I traveled to Yanagawa and Hakata area in February of 2018 in two nightss and three days. This time, I will share what ...