There is “Mt. Fuji” that we can climb only for a few days in a year.
One of them, I climbed “Shimoya Sakamoto Fuji” in Ono Terysaki Shrine.

1.Do you know “Fuji-duka(Miniature Fuji)”?

3.Remove impurities and pray for a disease-free By Passing through the Chi-no-wa(Big circle)

1.Do you know “Fuji-duka(Miniature Fuji)”? 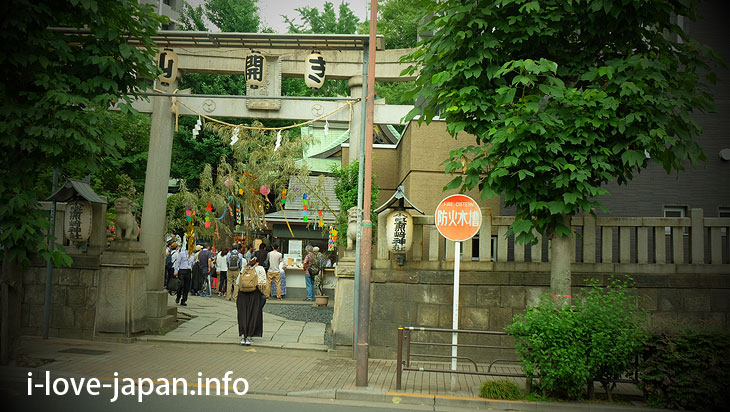 It took about 7 minutes on foot from the JR Yamanote line “Uguisudani Station” and arrived at Ono Terusaki Shrine.
The lantern of “山開き（the opening of mountain to climbers）” is hung. 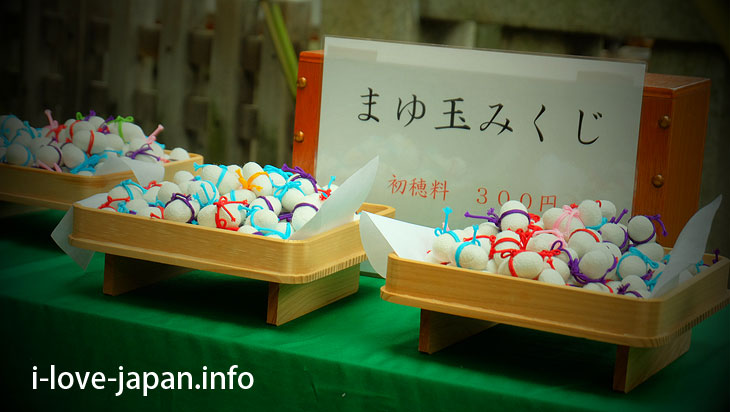 From ancient times silk has been offered as a sacrifice to God.
At Ono Terusaki Shrine, They says “Mayu Ball Mikuji” using the cocoon before becoming silk, with the meaning of “nurture each wish”. 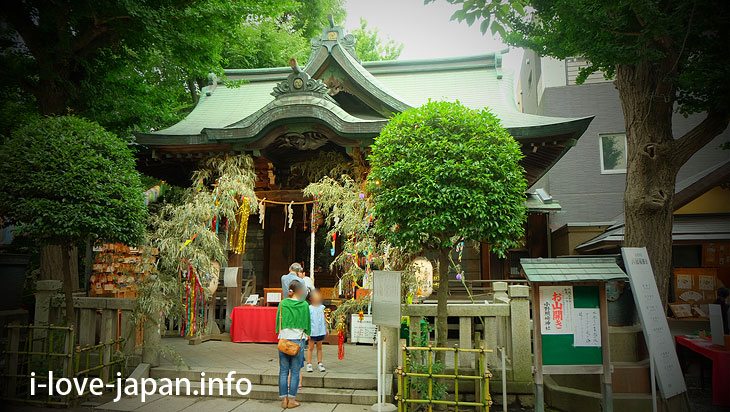 3.Remove impurities and pray for a disease-free By Passing through the Chi-no-wa(Big circle) 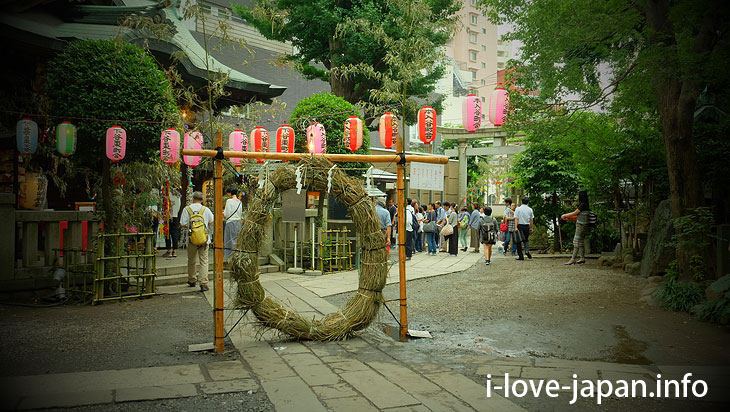 Many shrines have “Chi-no-wa(Big circle)Kuguri(Passing through).
You go over this circle, remove sins and sorrows, pray for your mind and body to be pure. 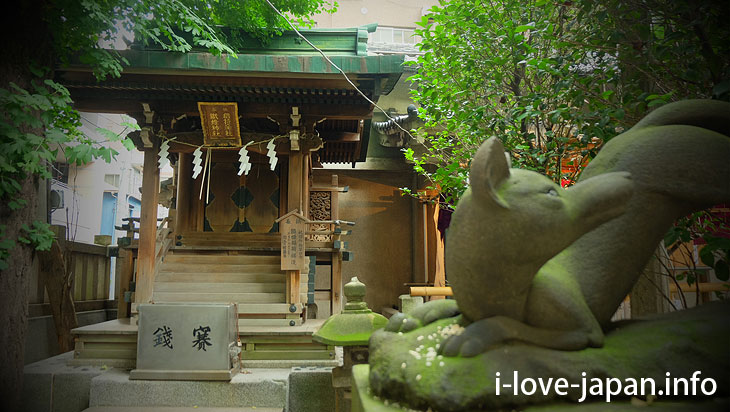 This god was originally worshiped as the landlord God of Shimoya Sakamoto land, called “Nagazaemon Inari”.
After the war, “Orihime Shrine” which is the god of marriage was enshrined.
It seems that there is deep faith as “Musubi no God” connecting love and work.

For contemporary people who “love and work is important”, They are a very grateful(￣▽+￣*) 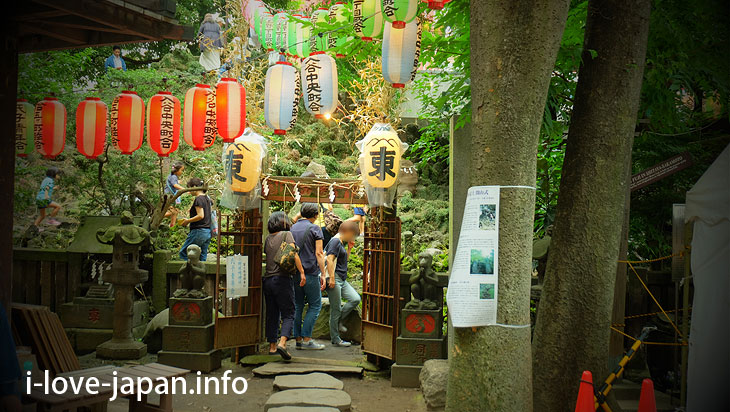 “Shimoya Sakamoto Fuji” was built in 1782.
Rocks from Mt. Fuji are carried by boat, land transported from the Sumida River by Wheelbarrows.
Considering the transportation technology and the environment at that time, it would have been a big effort.
The faithful heart was strong. 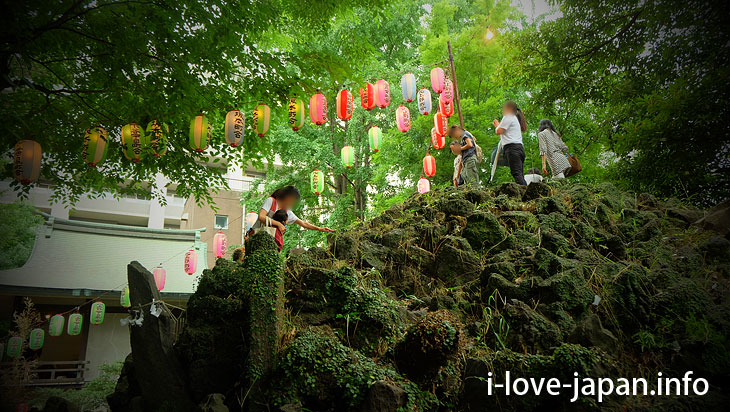 People who look at the direction of Mount Fuji and pray.
Every year, it may be a custom to climb Fuji-duka after exhumation. 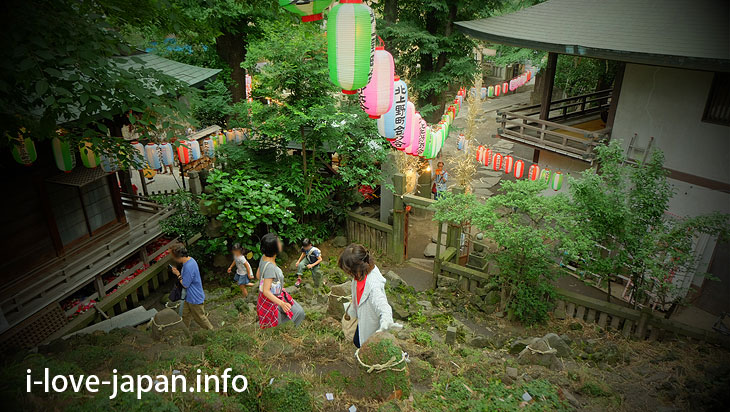 It is from the summit.

I just recently learned about “Fuji Matsuka”.
We want to protect such “tradition” “culture”.

Even in Tokyo, you can climb Mt. Fuji! This time, I have climbed "Otowa Fuji" in "Gokokuji" at 2 stations by subway fro...

Kichijoji is located on the west side of Tokyo. To access from the city center is good, but it has rich natural. There...
What to do+see in Takamatsu ,Kagawa【3DAY】
On July 1, I climbed “Ikebukuro-Fuji-duka” at Ikebukuro Hikawa Shrine (Toshima-ku, Tokyo)