In “Tamura Shrine of Sanuki country Ichinomiya” between Takamatsu Airport and Takamatsu station, I came across many gods.

“Ichinomiya” refers to the most sacred shrine in a certain area.
“Tamura Shrine” is a shrine of Sanuki No. 1, which has been regarded as the Ichinomiya of Sanuki country (now Kagawa prefecture).

From Takamatsu Airport, I took a limousine bus bound for Takamatsu station and arrived at the bus stop “Ichinomiya airport street(一宮 空港通)” in about 10 minutes. 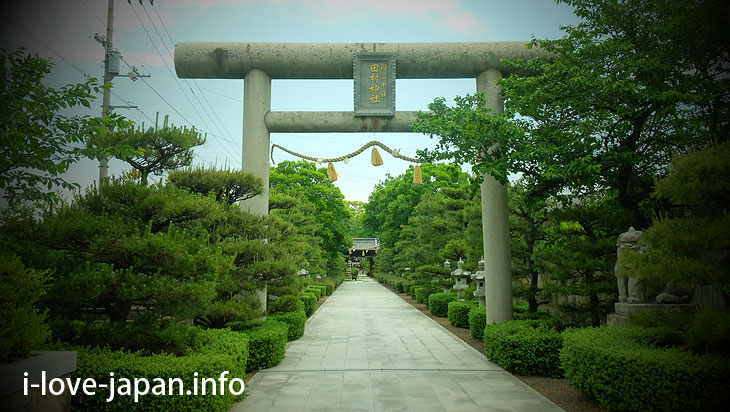 After walking about 10 minutes from there, you will reach Omotesando(Main Approach) of “Tamura Shrine”. 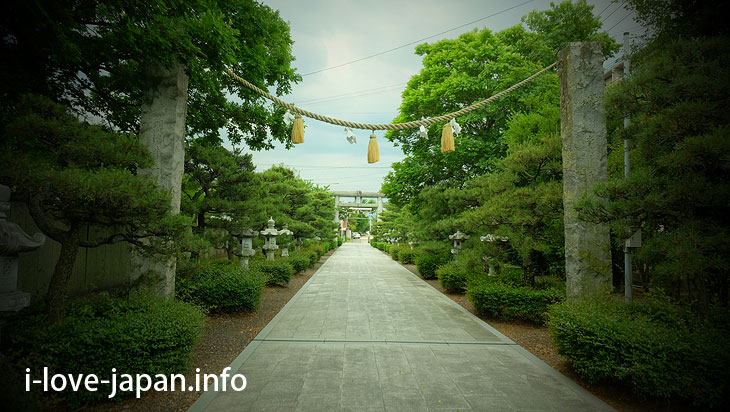 It seems to be a type of torii that hangs a sacred shrine rope(Shime-nawa) between two vertical pillar. 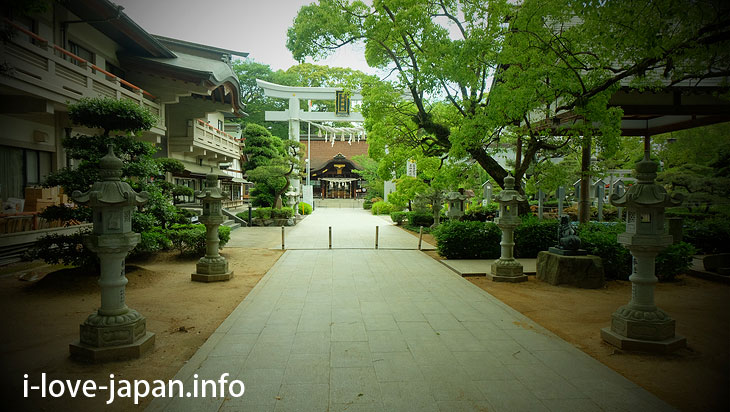 I walked Omotesando to the main hall. 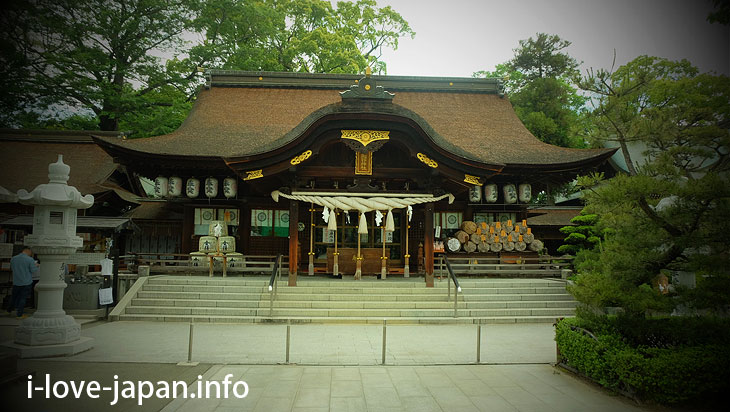 Go ahead and visit the main shrine.
Up to this point is “Truly Ichinomiya”… 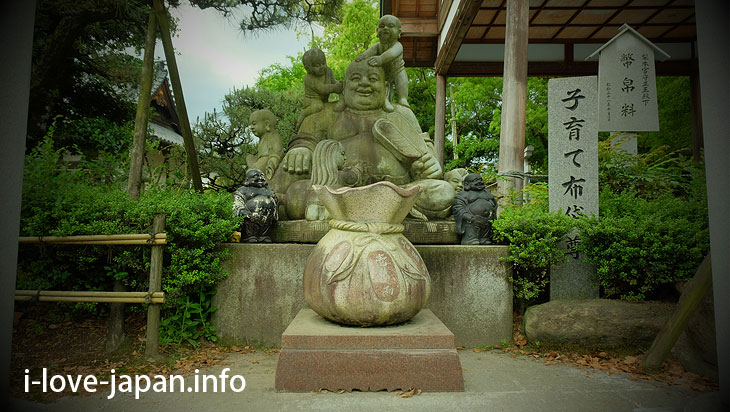 Did Hotei -son have children? 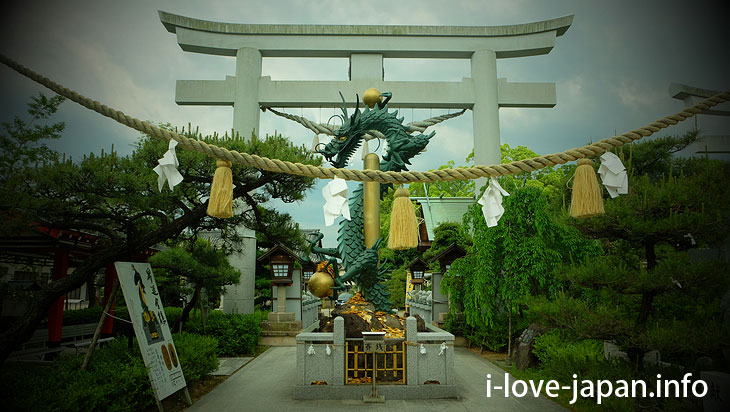 It seems there is a record that the god of Tamura Shrine was manifested in the form of Ryujin(dragon god).
So there are Ryujin here and there in the precincts.
You can dedicate a oval to the feet of Ryujin. 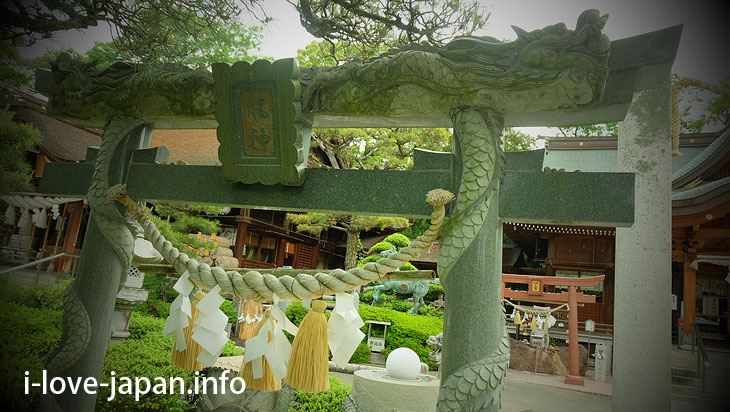 There was a torii where the Ryujin entwined. 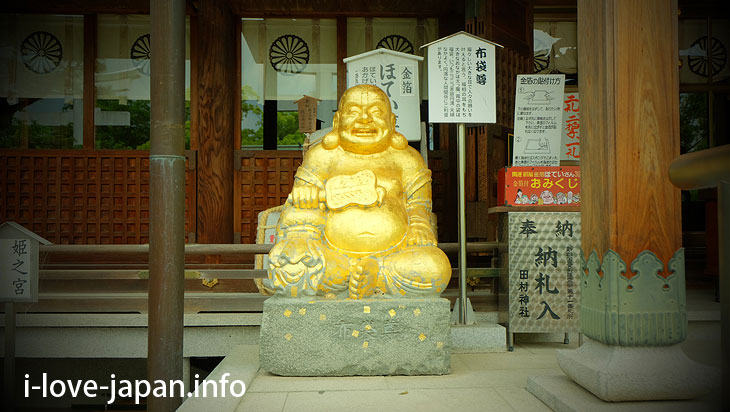 You can dedicate gold leaf to pray to Hotei Buddhism. 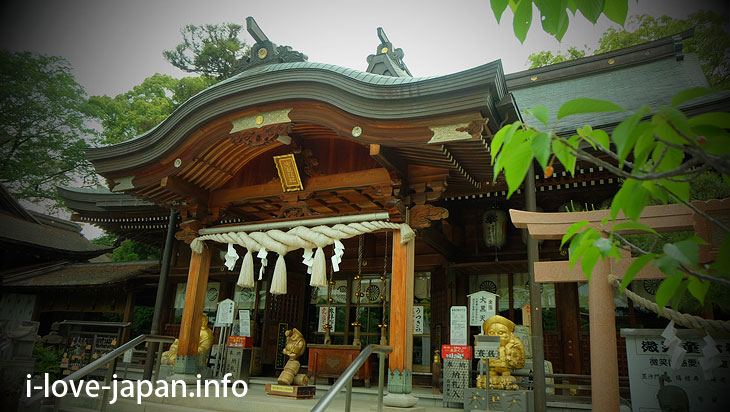 You can dedicate gold leafs as well as Hotei Buddhism to the right “Daikoku-sama”. 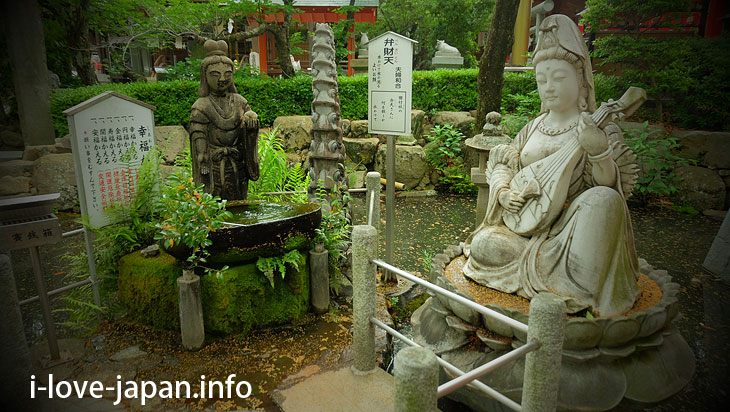 If you put water on Benzaiten and pray for her, you will get beauty…

3-6.Big fruit with a single shot 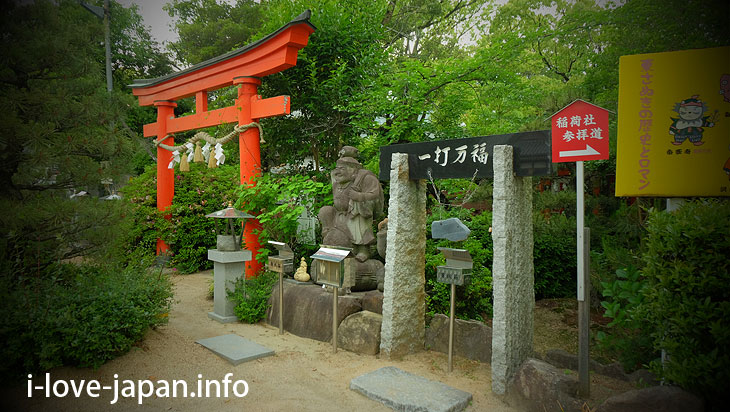 It is likely to get great value with a single stroke.
Not only visit but a mechanism to “dedicate” and “participate” here and there. 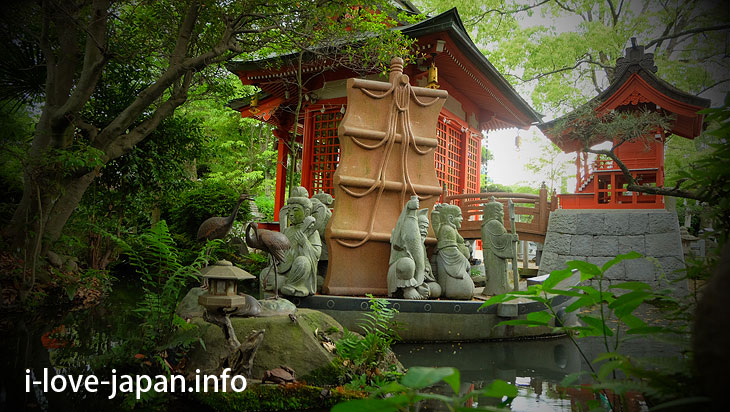 In the pond, a “treasure ship” with the Seven Lucky Gods on board was floating.
There were lucky creatures such as cranes, turtles and crabs. 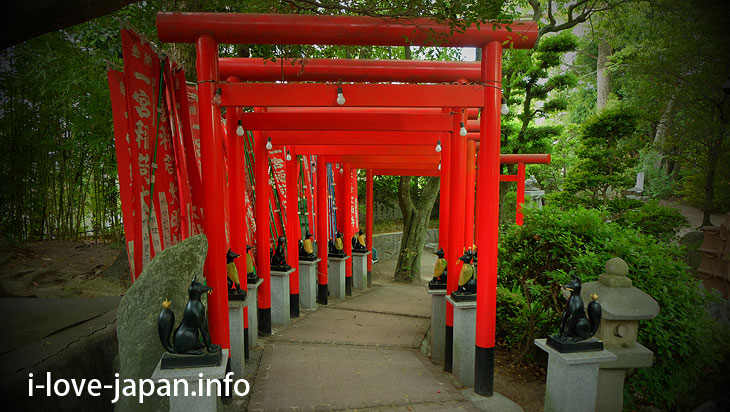 Between the torii and the torii, foxes are holding together different tools. 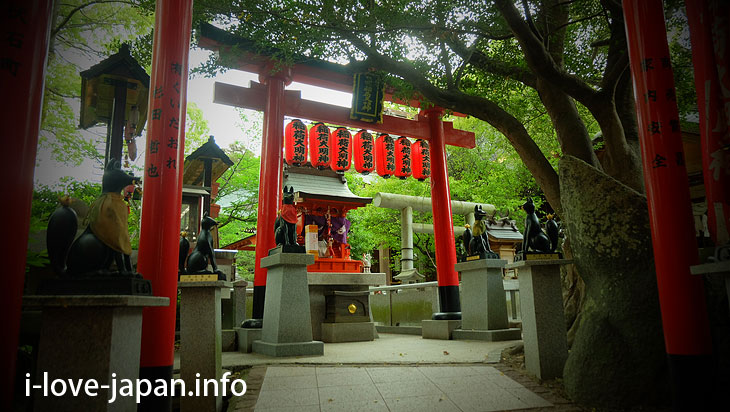 I introduced many gods.
But there are many other gods in Tamura Shrine.

There is a monument of people who are affiliated with the area enshrined.
As it is, “Ichinomiya”

I tried getting on a Japanese boat at Ritsurin Garden/Park/Koen (Takamatsu, Kagawa)

Ritsurin Garden was chosen as the highest rated three star which means "Worth to visit" at "Michelin · Green Guide · Jap...

Katsurahama Beach（桂浜） is a scenic spot in Kochi known for its bow-shaped beach (can't swim) and the large statue of Ryom...

I left Takamatsu station about 8:00,and went to "Marugame" in the morning and "Konpira-san" in the afternoon. 1. Dire...
Osaka night attractions【2H】Dotonbori→Tsutenkaku Tower→Shinsekai
I tried getting on a Japanese boat at Ritsurin Garden/Park/Koen (Takamatsu, Kagawa)