From the end of March to the beginning of April, “Sakura Festival” will be held at “Satte Gongendo Park”. 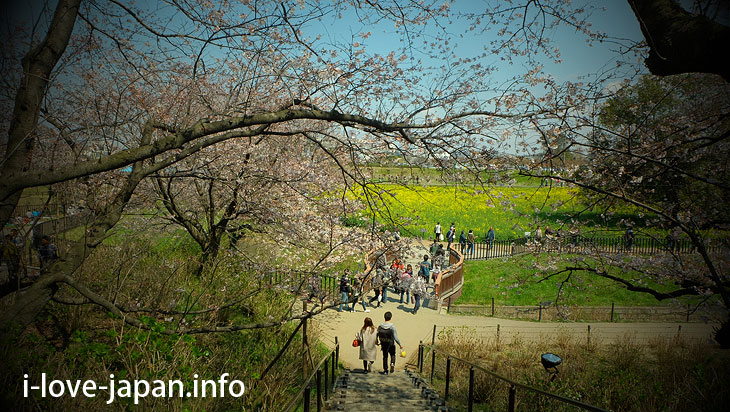 Pass through the area where stalls stand, and I go to “Satte Gongendo Park”. 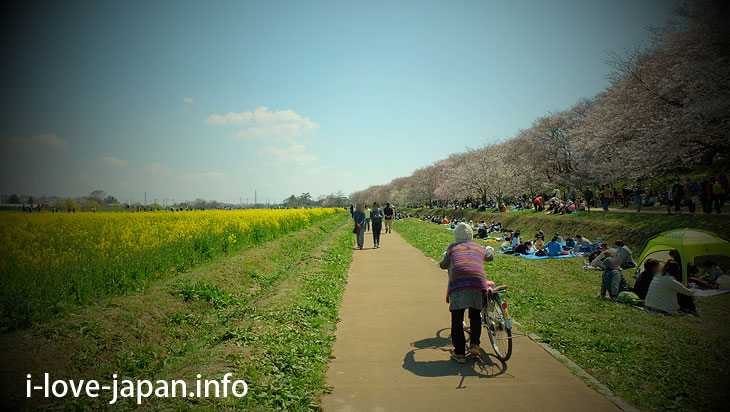 Because it was warm sunshine, so many people came despite weekdays.
It is luxurious to eat lunch while watching cherry blossoms and rape blossoms
Neighbor is visiting by bicycle. 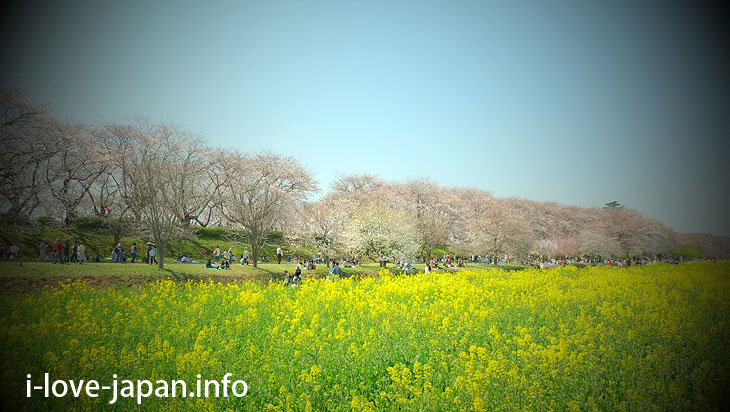 Although it was a little early in full bloom, it was warm, the view was good, and it was nice to visit. 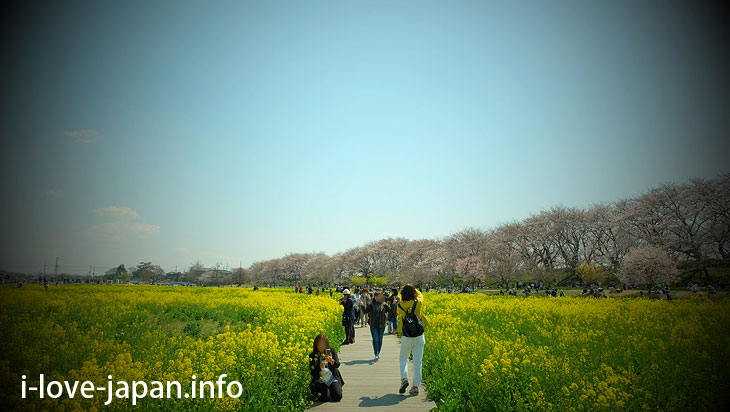 Everyone took a photo with their favorite pose. 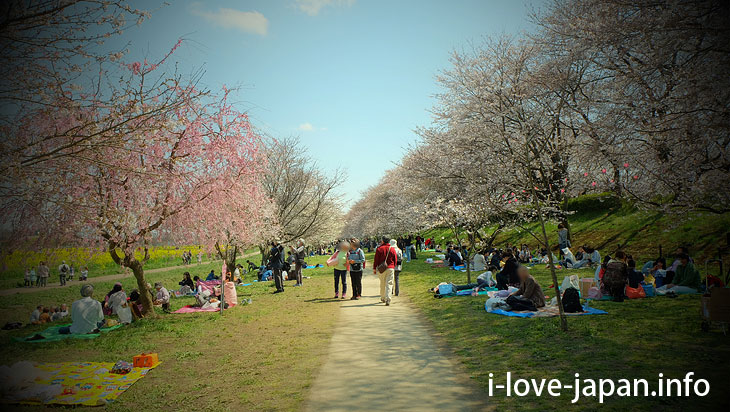 Under the cherry blossom, there were almost no vacant places and people were sitting.
It is likely to be crowded at the end of the weekend in full bloom. 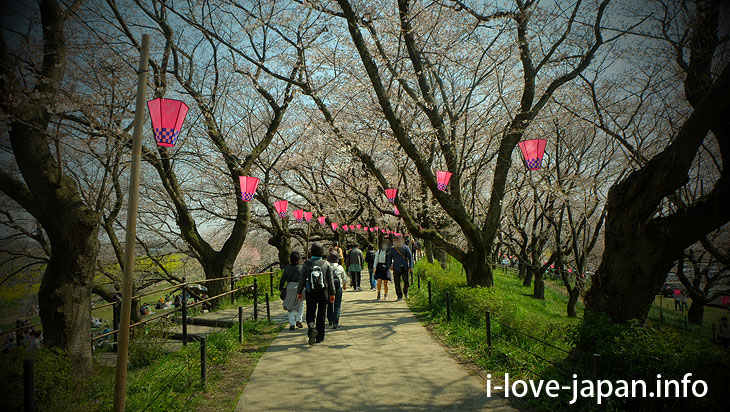 At Kinchakuda(Hidaka-shi,Saitama), Cluster Amaryllis(曼珠沙華/彼岸花) are blooming like a red carpet in Mid September. Let's g...

Hondoji temple（本土寺） is located in Matsudo, Chiba Prefecture. You can visit there from Tokyo Station in about 1 hour. Y...
Viewing cherry blossoms along the Meguro River! Recommended course【From Ikejiri Ohashi Station to Nakameguro Station】
Fushimi Inari Taisha(Shrine),I worshiped in about two hours(Kyoto)