Let’s walk on Azuma Avenue from Ikebukuro South Exit.
Pass along the side of the grave and turn right on the signboard of “Houmyo-ji Temple(法明寺) approach”. 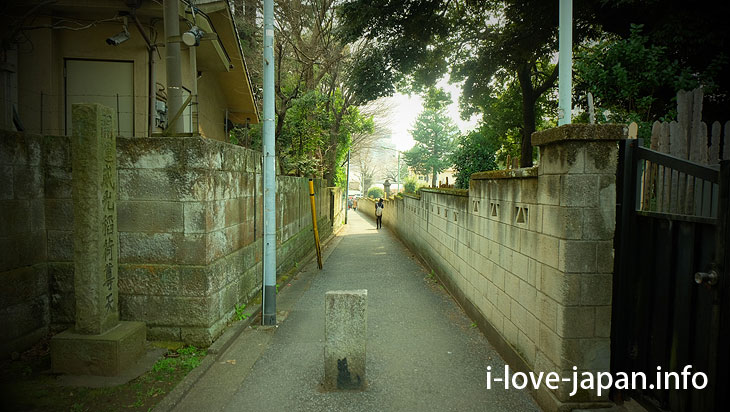 After a while, the vehicle stop with the black cat deprives you.
The left side is “Ikou-Inari-dou”. 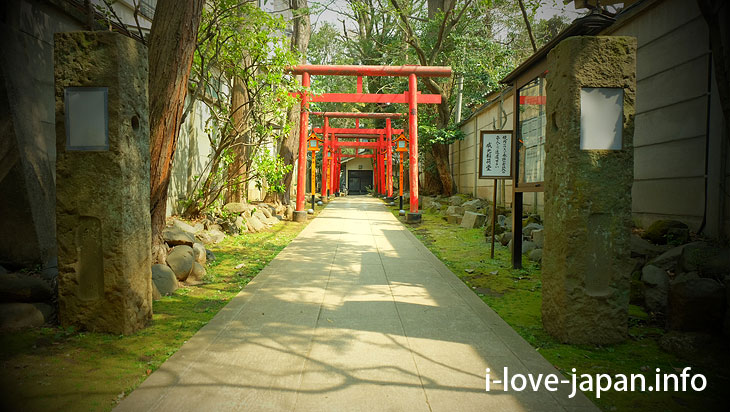 From the entrance, some red toriis lined.
I wonder if it ends in the back?
No. You can turn to the right. 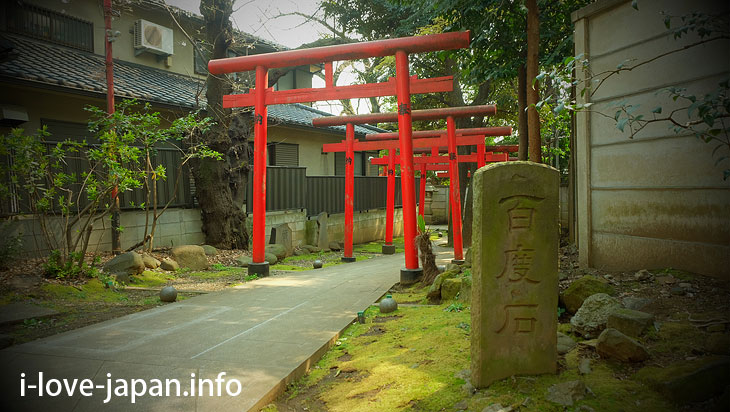 It is believed that thankfully Inari shrine is worshiped enough to be “100 visit”.

As you move through the torii, “tree” is in the middle of the approach.
Those trees looks like “two”, are not they? 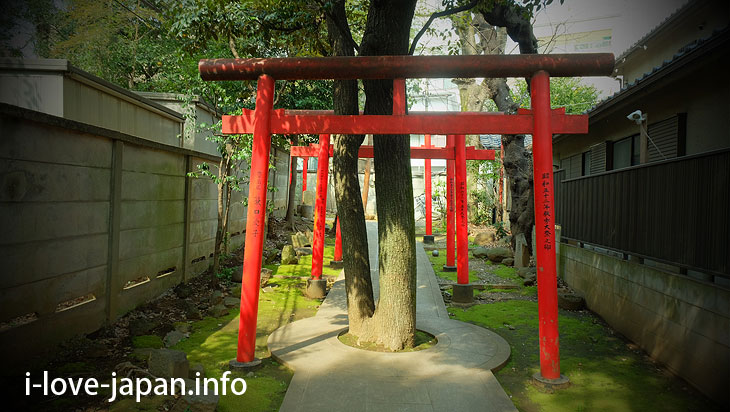 However, root is connected and it is “1”. 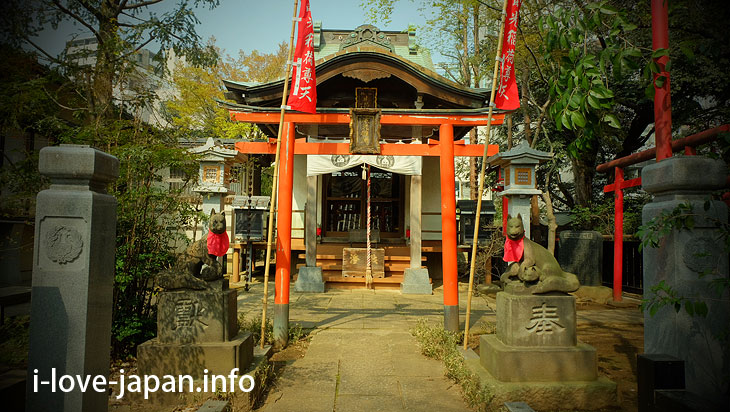 Proceeding further, I will reach Inari-dou(Inari Shrine).
Not a guardian dog, there was a fox.
The right side is holding a child. 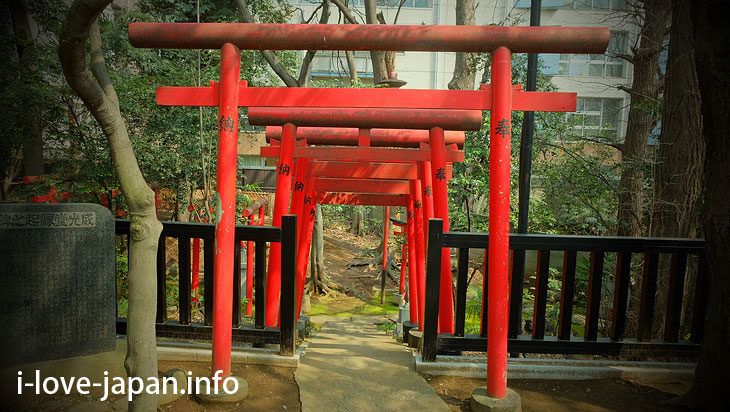 In addition, the torii is stranded and you can do something like “Otuka Muguri” in the back. 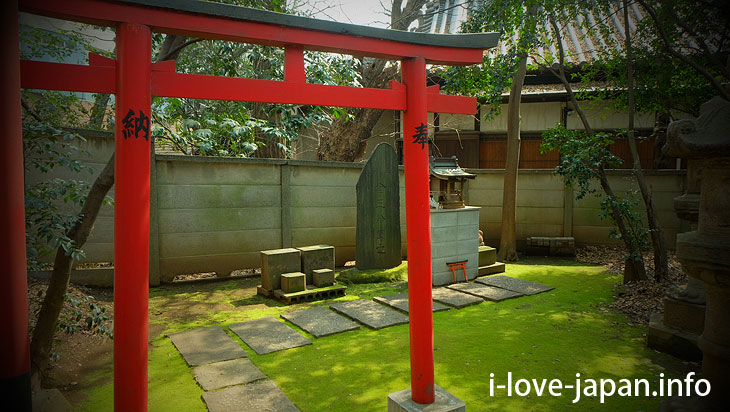 There is a small shrine on the right side. 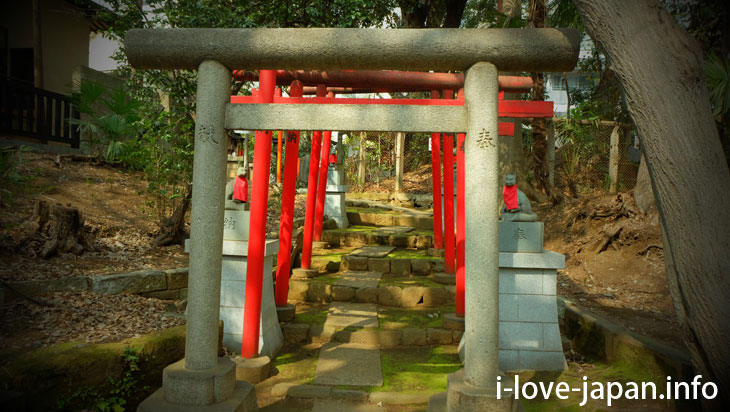 On the left side, the red torii is further strained. 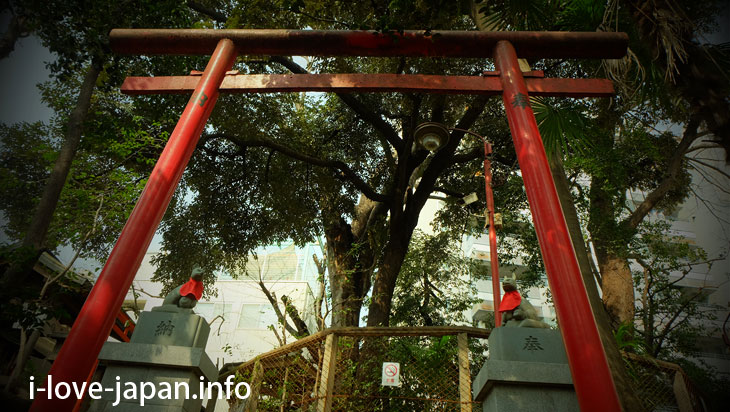 It will not be a “holy tree”, but there was a tree on a small hill. 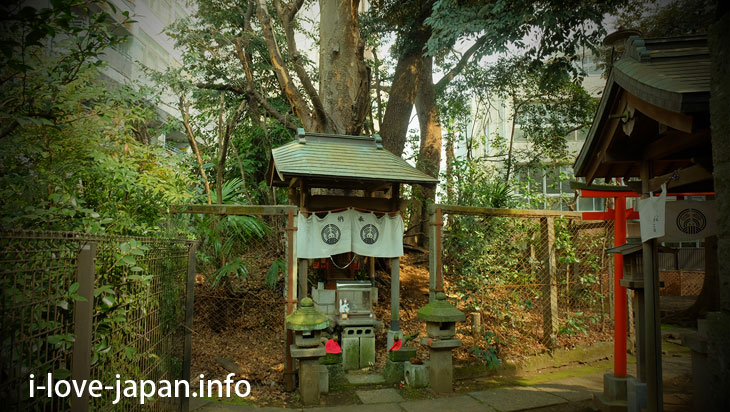 There were several little shrines around the tree, so let’s pray. 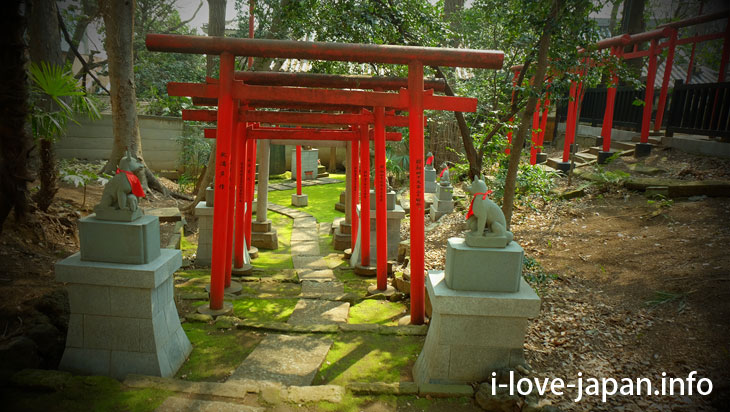 Looking back in the direction of Inariro from the front of the tree.

2.Shrines and Temples near Ikebukuro

Shrines and Temples near Ikebukuro【13select】
In Japan, shrines and temples are sacred places and sanctuaries.However, there are the following differences ShrineWhere

I went to "Shiba Daijingu Shrine" which is settled in the subway "Daimon station", JR "Hamamatsucho station". 1.Shiba...

If you want to kill time at a transfer ,layover at Haneda Airport… I recommend visiting Anamori Inari Shrine and the bi...

Kichijoji is located on the west side of Tokyo. To access from the city center is good, but it has rich natural. There...

Ginkgo trees of Meiji Jingu dyed in yellow when it comes to autumn. You can see the Meiji Memorial Picture Gallery,...
Fuji-duka of Sunamachi (Koto-ku, Tokyo) Attention to Torii of “Sunamura Sengen Shrine”!
Meguro Fuji, Mt Fuji You can climb in 20 minutes from Shibuya(Meguro-ku,Tokyo)