This day was the last day of 3 nights 4 days Oita journey (Kannawa Onsen/ Yufugawa Valley→Tuetate Onsen/Hita・Mameda-machi/Mabashi-Belly→Blue Gate→Rakan Temple→Ichimoku-Hakkei).
I took a walk about 8 hours by bus and walking in Beppu city.
I am glad to be of service to you. 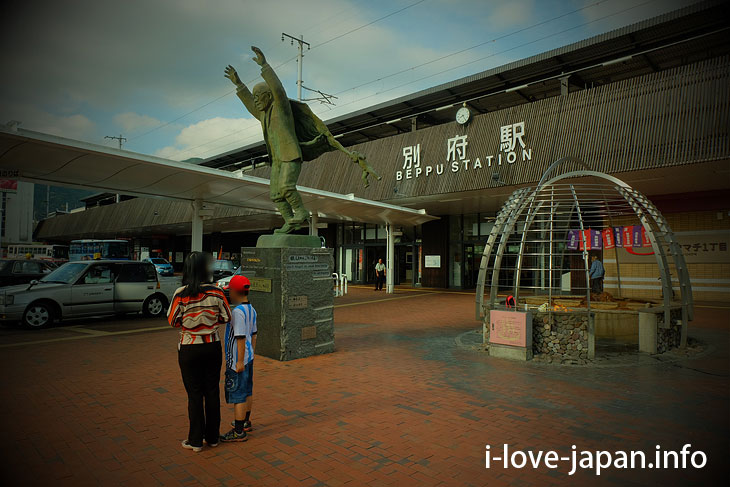 The bronze statue is “KumaHachi Abuyraya” which is loved as a beneficiary of Beppu, sightseeing father of Beppu.
He has a slightly quirky appearance.
It is an image that he has come down from heaven and calls “Hey!”.
↓
Tourist bus (pink color)
↓ 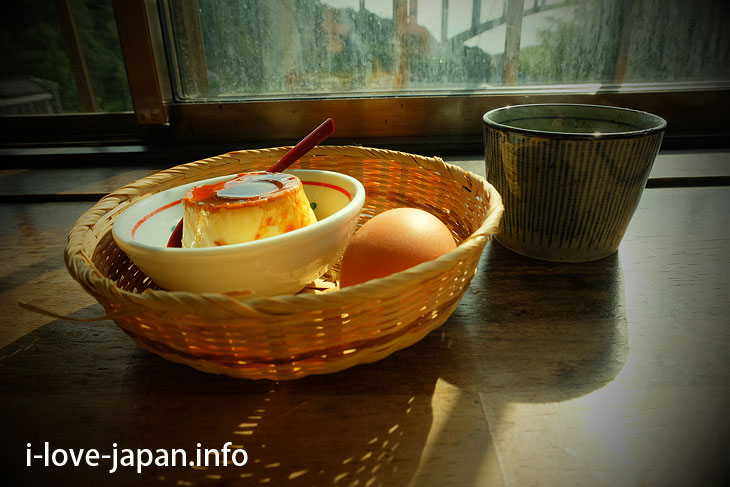 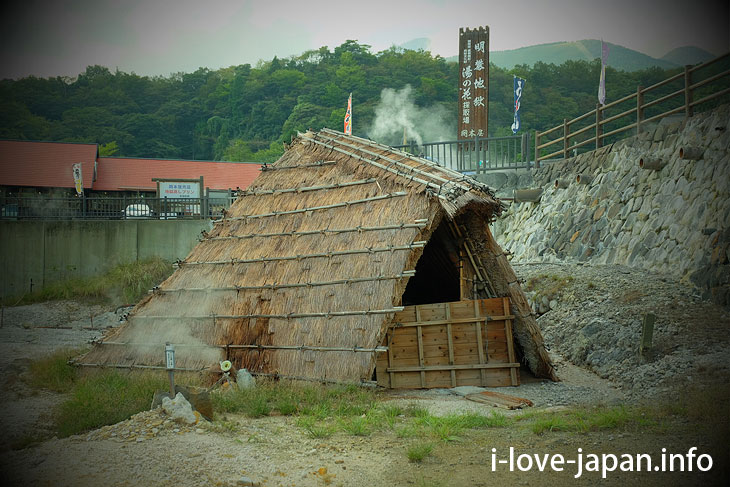 The symbol of the Myoban area is “Yunohana Goya”.
“Younohana Goya(with The Straw-thatched roof) is a factory that continues to make “Yunohana” from the Edo period.
“Yunohana” is designated as “important intangible folk cultural property of the country”. 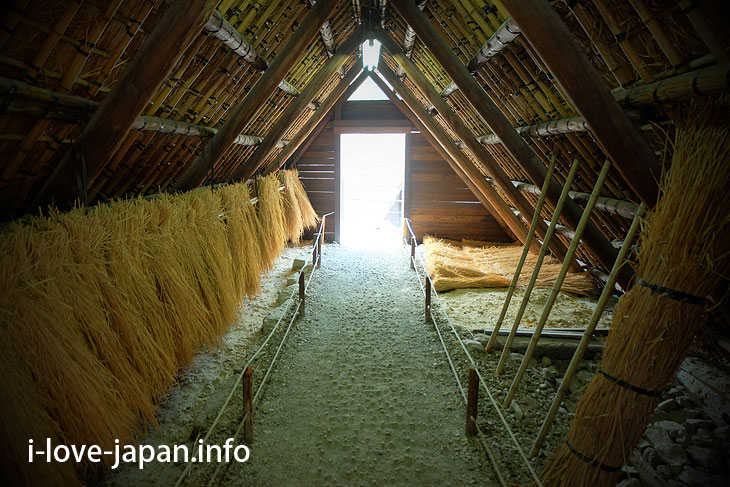 Since the process of “Yunohana” can be observed for free, let’s go “Myoban Yunosato” by all means. 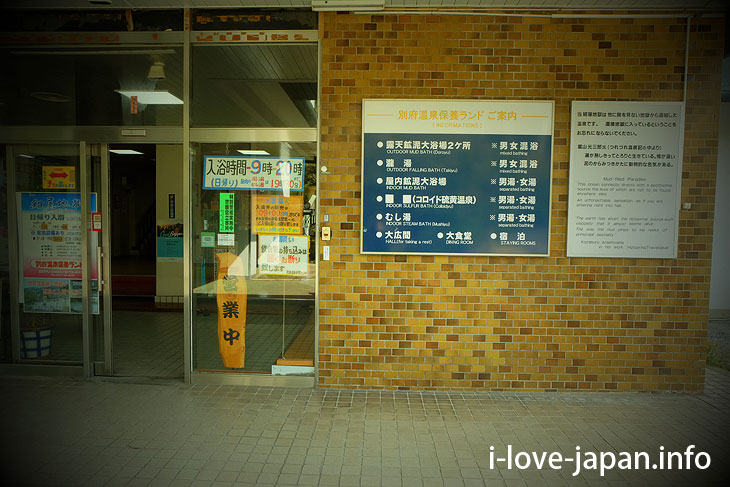 There is an unusual “(mineral) mud hot spring” in the alum area.
It is “open-air” and “mixed bathing”.
Mixing difficulty level is quite low, so even those who are not familiar will be fine. 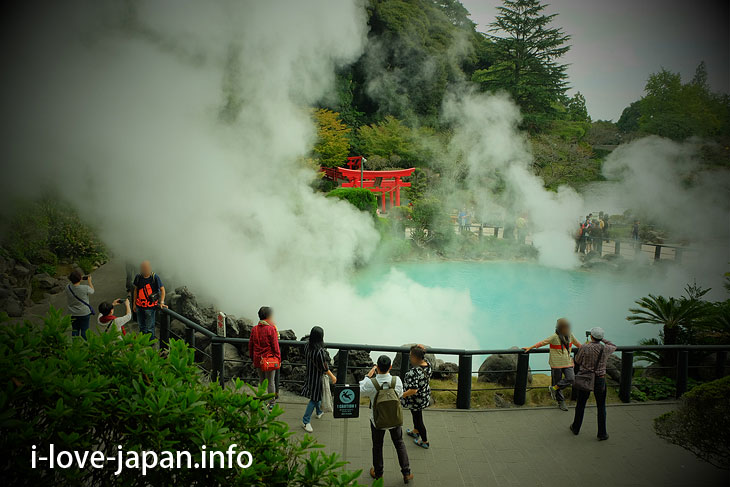 “Sea hell” has beauty that does not suit “Hell”.
It seems to be cool but there are about 98 degrees.
Can you see the torii over the pond?
Since “Hakuryu Inari Taijin” is installed alongside, you can also pray for. god 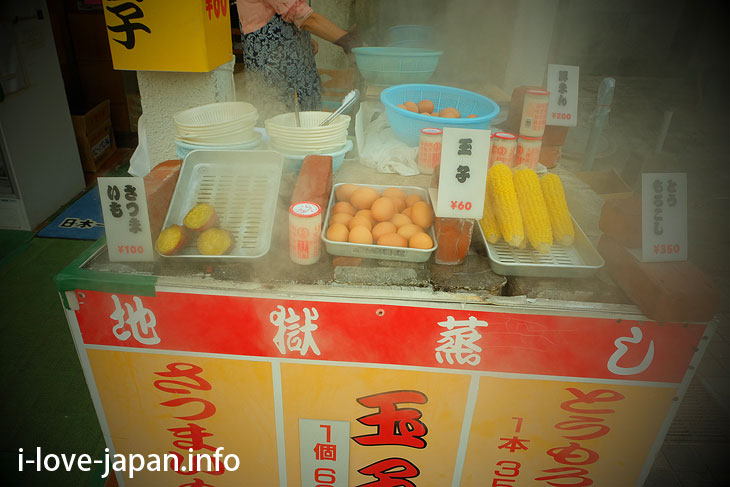 There are several shops selling snacks “stealing hell” in the hell area
By all means, let’s eat sweet potatoes or eggs steamed in natural hell.
↓ 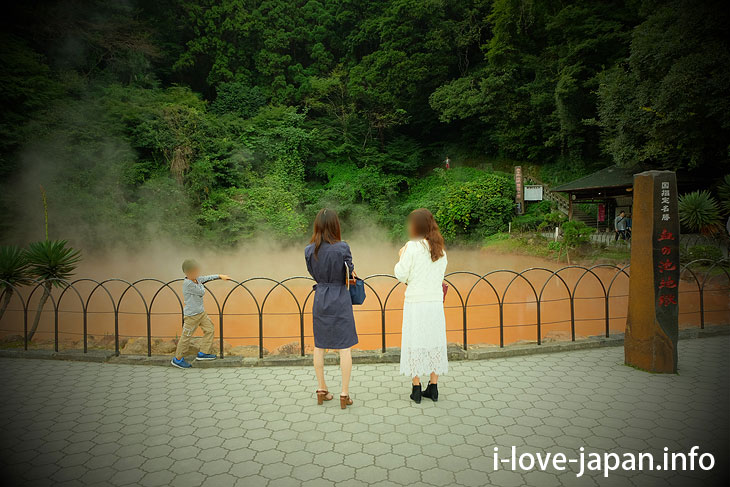 As the name suggests, it is a red hell like “blood”.
Since “footbath” is installed, it is also good to soak your legs in a pond. 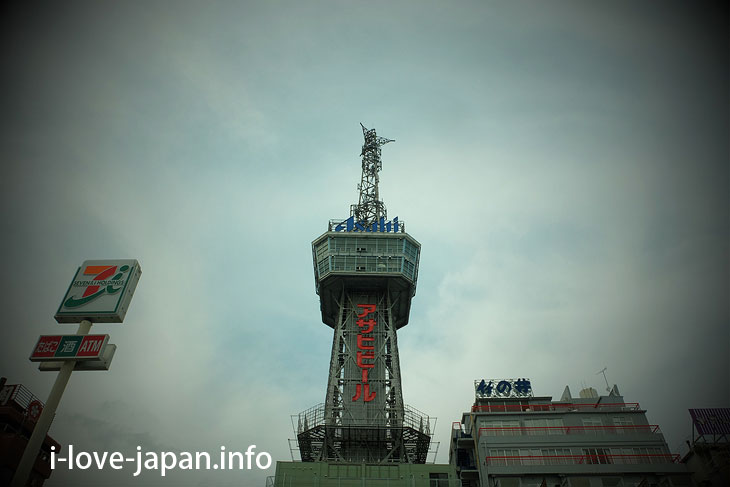 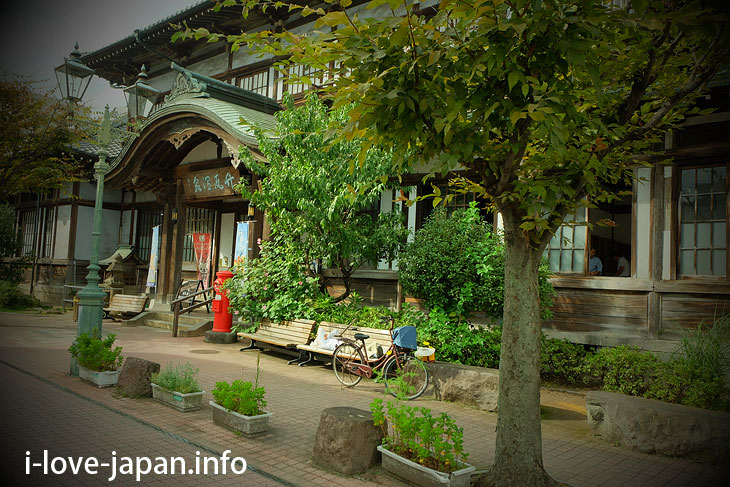 In front of “Takegawa Onsen” , neighbor (?) was taking a nap at the bench.
Let’s take a bath with other tourists and local people. 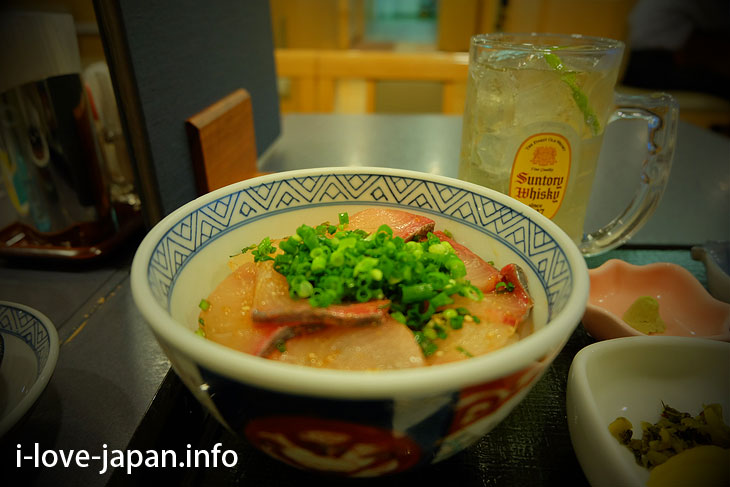 Even though it is “Ryukyu(mean Okinawa)”, it is a famous food of Oita.
It is an Oita regional cuisine.
Fresh fish such as horse mackerel, mackerel, yellowtail, and kanpachi are pickled in sauce, sake.
And they ware put on rices.
There are various opinions in the origin of the name, such as recipes being conveyed from fishermen of the “Ryukyusu”.

Oita · Beppu【3 nights 4days】I Recommend these spots
I traveled by airplane from Narita Airport to Oita Airport in October 2016. I traveled around sightseeing spots in Oita...

I traveled in Fukuoka in February 2018. I enjoyed river sightseeing in Yanagawa and I stayed overnight. I do not know ...